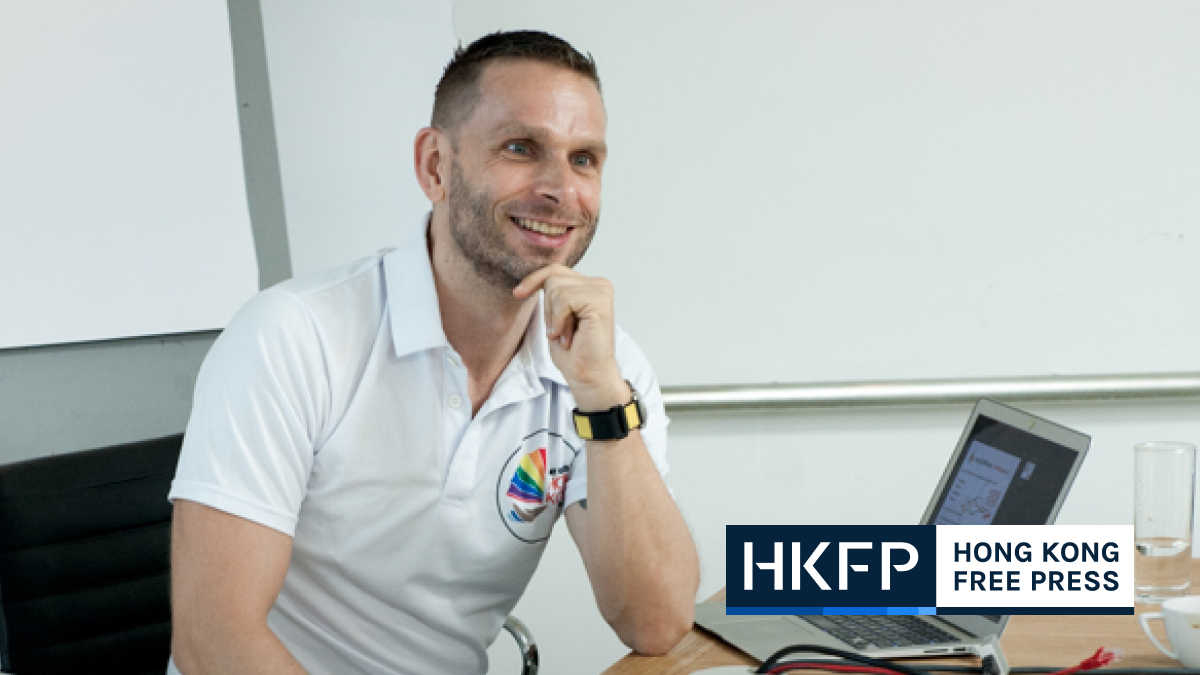 Hong Kong Gay Games founder and leader Dennis Philipse has announced that he is stepping down, citing “continuing uncertainty” over the city’s international travel regulations during the Covid-19 pandemic.

In a statement issued on Monday, the Gay Games 11 Hong Kong (GGHK) co-chair said it was time for him to resume his professional career, after the event, which was originally scheduled for November this year, was postponed to 2023 owing to the city’s pandemic-related travel rules.

Philipse served the organisation for seven years and worked as a full-time volunteer since 2020. Originally from the Netherlands, Philipse has lived in Hong Kong since 2010. He helped the city win a bid against 17 other international cities to become the first place in Asia to host the Gay Games.

“Due to the continuing uncertainty affecting international travel in Hong Kong as a result of the Covid-19 situation, GGHK has already been postponed to 2023.  For me, it is now time to resume my professional career.  This means that I will step down from my role as leader and co-chair and hand over the reins to the next cohort of leaders to organise the event,” Philipse wrote in the statement.

As of Sunday, Hong Kong has registered 22,980 Covid-19 cases and the death toll stands at 221. Flights from Australia, Canada, France, India, Pakistan, the Philippines, the UK and the US have been barred since early January. The bans were extended until March 4 and Nepal was added to the list, as the number of daily cases in the city hit record highs amid the fifth wave of infections.

Philipse thanked his team of volunteers, the Federation of Gay Games Board and the steering committee for trusting and supporting him during his time at the organisation. He also mentioned the Hong Kong government and the publicly-funded Tourism Board among the patrons which contributed funds to support the organising of the event in the city.

Chief Executive Carrie Lam expressed support for the event in June last year, after pro-establishment lawmakers including Junius Ho and Pricilla Leung said the authorities should not help the Gay Games organiser in securing venues for the sporting competition.

Ho described the event as “disgraceful” and called the HK$1 billion worth of expected associated revenue “dirty money.” Leung, on the other hand, said the event was “controversial” and claimed that the majority of Hong Kong society would want to “protect the heterosexual marriage system.”

The city’s leader later said she did not condone the lawmakers’ remarks, saying they would “unnecessarily divide society and even raise hatred among certain sectors in the community.” She added the Gay Games aimed to “promote inclusiveness and diversity” and the government “had no problem” with such a purpose.

According to the Gay Games Hong Kong website, “GGHK stands for #UnityInDiversity and everyone aged 18/+ is welcome to participate regardless of sexual orientation, gender identity, ethnicity, or even trainging level, because we believe that GGHK will bring our diverse communities together in the name of Sport, Friendship and Fun!”

The multi-sports, arts and culture event is scheduled to take place from November 3 to 11, 2023, and involve teams from around the world.