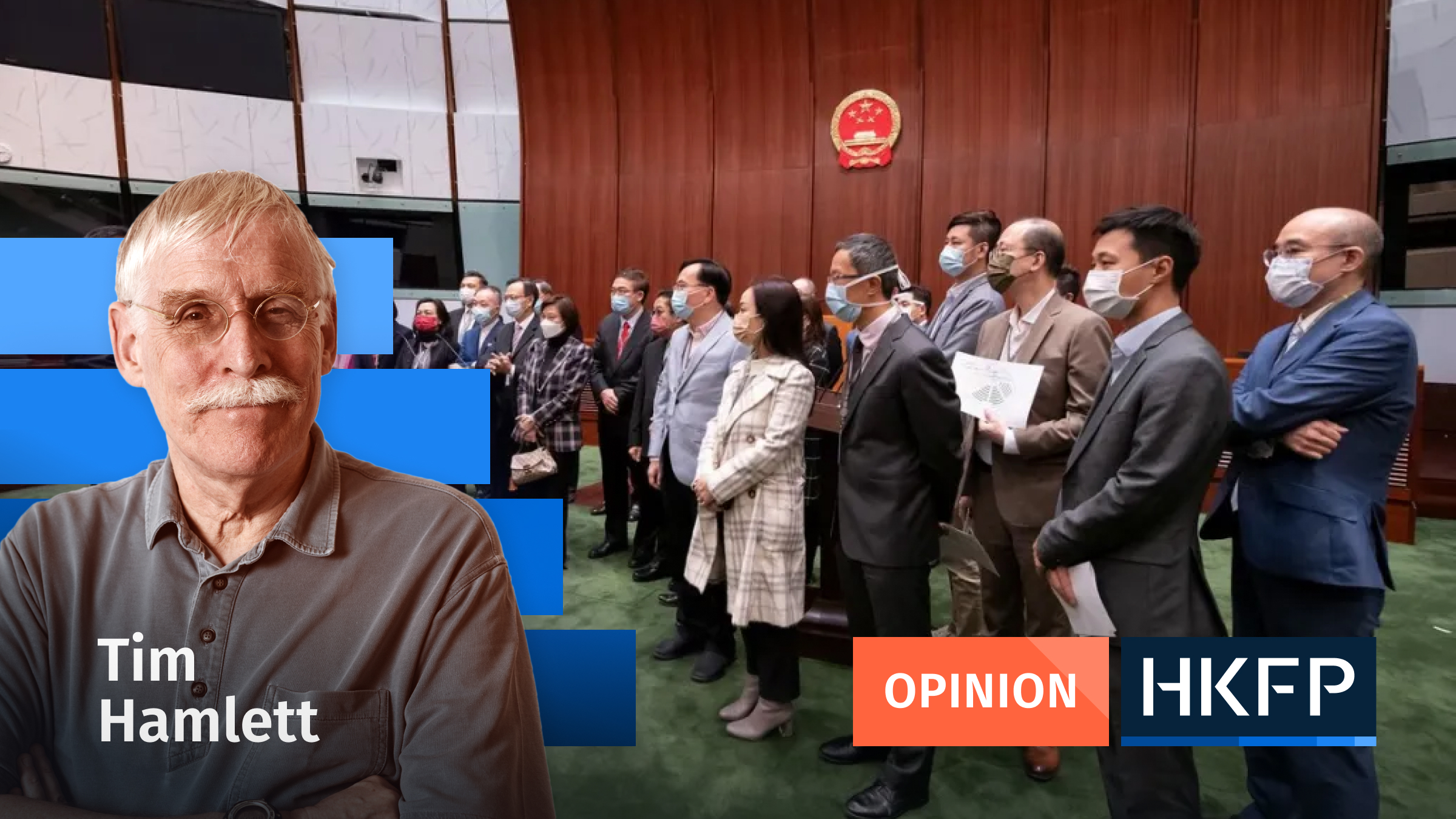 There is putting a brave face on bad news, there is spin, and there are outright falsities. All three were on offer after the latest Legco elections, spurned by more than 70 percent of the registered voters.

See also: Democracy is never going to be a one-size-fits-all solution

The South China Morning Post treated the whole exercise as if it was a real election, with uncertain results, and hailed DAB leader Starry Lee as the “Queen of Votes” for collecting 60,000 of them.

Ms Lee seems a decent sort as DAB members go. She is at least neither nasty nor stupid. So I hope this accolade works out better for her than it did for the last Monarch of Votes, Chu Hui-dick, who is now in jail. Such regimes do not like politicians with their own popular following.

The Standard’s front page headline was “DAB remains dominant force”, which must have come as news to many people, including Michael Shum, the reporter who wrote the front page story. Paragraph 2 said: “Despite its numbers, however, the DAB does not have enough seats to become the dominant party.” Mr Shum’s interviewees thought the new Legco would be guided behind the scenes by the Liaison Office, a plausible theory after they had done so much to guide voters.

RTHK interviewed all the usual people, stumbling on what seemed to be the party line, that “it’s a new electoral system” so a low turnout is OK. This consolation prize was offered by Ms Lee, Regina Ip and Maria Tam. The tradition of independent journalism still produces occasional post-mortem twitches in Broadcast Drive, so we were also treated to an academic who thought the government’s protestations that the turnout really did not matter clashed with its frantic pre-poll efforts to get voters to put in an appearance.

Chief Executive Carrie Lam came out with an interesting reply to a reporter who recalled that she had congratulated voters on turning out for the 2019 District Council polls, in which the pro-government candidates were routed.

“Things and people change a lot over a decade. During my four-and-a-half-term, I have braved many storms. I have fully realised the political situation in Hong Kong. So if you asked me today about what I said in 2017, 2018, 2019 as chief executive, I can tell you it’s meaningless,” she told reporters, according to the station.

The implications of this are a bit worrying. Does it mean that what she says now will be meaningless in 2023? Today’s quotes will self-destruct in two years?

Looking at the reactions as a group we can draw one other conclusion. The people who thought spoiling your ballot would be a good way of protesting were wrong. All the defensive comments concentrated on the turnout, which included the crowds of people who turned up only to spoil their ballots.

The Beijing-owned press solved the turnout problem by ignoring it, and reporting instead on the turnout of the election committee, which was very high.

Officials carefully avoided some of the results. Chen Dong, of the Liaison Office, said that the “the legislators-elect came from all walks of life,” which was at best an exaggeration. Much was made before the vote of the fact that two of the election committee candidates came from unmistakably “grassroots” backgrounds. But they both lost. The two token foreigners were also passed over.

The most innovative post-election comment came from the Beijing government, which produced a White Paper the day after. It ran to 140,000 words and Ms Carrie Lam, who often seems to live on a different planet from the rest of us, expressed the hope that many people would read it in full.

Shorter version from Liu Guangyan, of the local Foreign Ministry outpost: “The central government has never wavered in its commitment, changed its sincerity or stopped its efforts to support Hong Kong in developing democracy. Any rational observer can clearly see that since Hong Kong’s return to China, its people have gained much greater access to political participation and enjoy more democratic rights than ever before. Democracy in Hong Kong is flourishing in full swing,”

That’s either a vigorous spin or a fiction, depending on your point of view. But it is a good deal more defensible than this, from the China Daily: “Under more than 150-year British colonial rule, Hong Kong did not have democracy and of course there were no elections. Only after Hong Kong returned to the motherland did the city have democracy and elections.”

It has also been suggested that Britain showed little interest in democratic developments until it became clear the territory was soon going to be handed over to someone else. On the other hand, the argument against democratic reform in Hong Kong – routinely advanced for 30 years – was that China would not accept it.

We are now, according to Mr Chen, upon the path of “good-quality democracy.” This seems to involve democratic rights in homeopathic doses combined with newspeak in industrial quantities. Enjoy.