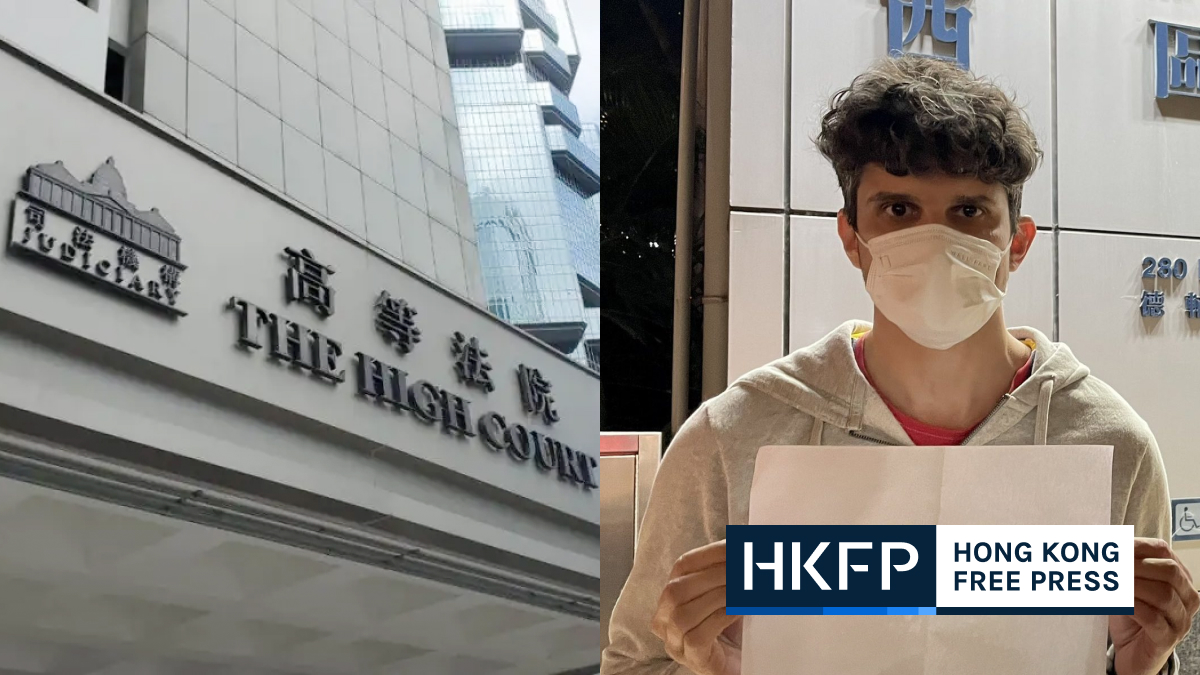 The High Court has dismissed an American lawyer’s appeal against his conviction and sentence for assaulting a police officer. The judge ruled that police guidelines on use of force were “irrelevant” to the case, which she said happened “during a most violent chapter in the history of Hong Kong.”

Samuel Phillip Bickett, a former compliance director at the Bank of America, was convicted in June 2021 of assaulting a plain-clothes police officer and was sentenced to four and a half months of jail.

The confrontation between Bickett and Senior Constable Yu Shu-sang, part of which was recorded on video, occurred in Causeway Bay MTR station on December 7, 2019, towards the end of the protests and unrest that rocked Hong Kong that year.

In the appeal hearing, Bickett’s legal representatives said the appellant had been acting in self-defence as Bickett believed Yu posed a threat to others. The defence also said that Yu had grabbed Bickett’s clothes as he fell to the ground and Bickett had felt Yu hitting him with a baton.

During last year’s trial, the magistrate heard how Yu had withdrawn his baton to try and stop a fare dodger. Yu said that Bickett had intervened in the scuffle and tried to snatch his baton. He also accused Bickett of dragging him onto the floor, kneeling on his chest and punching his face.

Bickett’s defence team said he was trying to stop Yu from attacking the man and thought the officer was using excessive force. They also said that Bickett did not know Yu was an officer.

But High Court judge Esther Toh ruled that Bickett had been “in a dominant position” when the officer was on the ground and he could have left “if he was so afraid of the baton,” therefore “it was difficult to see” self-defence as a credible defence.

Toh also said it was “understandable” for Yu to strike Bickett’s leg and buttock out of self-defence. She said the officer was “overpowered” and “outnumbered in front of a hostile crowd.” Spectators were heard swearing at the officer.

The High Court judge also upheld the magistrate’s initial ruling that police guidelines on use of force were “not relevant to the circumstances of this case.”

During Bickett’s trial, the magistrate did not make the official version of the Police General Orders and a chapter in the Force Procedures Manual available.

Defence lawyers wanted the materials to cross-examine Yu’s use of a baton as officers were supposed to display “self-discipline and exercise a high degree of restraint” when “physical assault not intended to cause serious bodily injury” was involved. Police should also give a warning before using any force.

However, Toh said the rules “must depend on the circumstances adhering to a particular time and place,” offering an analogy of a driver breaking traffic rules by driving onto a pavement to avoid hitting a child.

Toh said that in the circumstances relating to Bickett’s case, the officer’s reactions “were entirely natural and appropriate.”

According to Toh, the incident occurred “during a most violent chapter in the history of Hong Kong.” At the time, “police officers, when off-duty, if recognized were also beaten up,” Toh said.

“Violence on the streets was meted out by ordinary citizens day after day.”

The judge added that the magistrate had ruled correctly regarding the police guidelines as they carried no legal weight and the court considered the situation as a whole rather individual rules.

Bickett won the application for an appeal at the High Court after serving more than six weeks in a prison. He was released on HK$150,000 bail in August last year.

After his appeal was dismissed, Bickett was ordered to serve the remainder of his sentence.

After the judgement, Bickett posted a statement on Twitter, saying he will appeal the decision and “continue to fight to overturn the verdict,” while questioning whether Hong Kong’s laws “apply equally” to police officers and other members of the public.