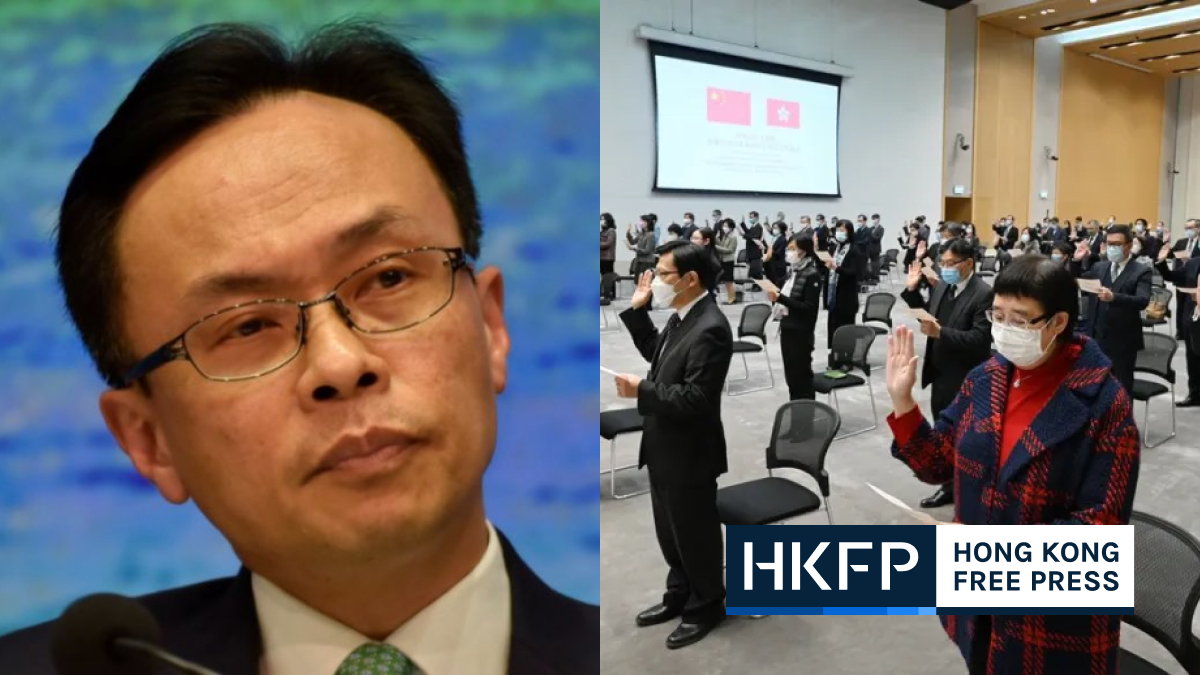 Hong Kong’s newly employed civil servants will be required to undergo training in the national security law to complete their three-year probation period, the head of the Civil Service Bureau said on Wednesday.

Existing civil servants will also need to complete the training course as a prerequisite for promotions.

Secretary for the Civil Service Patrick Nip said the requirement was aimed at “enhancing civil servants’ understanding of the nation’s development and the SAR’s constitutional order,” during Wednesday’s policy briefing at the Legislative Council’s Panel on Public Service.

Nip said the courses on “one country, two systems,” the nation’s development and Hong Kong’s national security law, among other topics, were “very basic” and “very important.”

The national security law will also be included in the Basic Law test, which is part of the civil servant recruitment process.

The Civil Service College was co-organising monthly talks to “deepen civil servants’ knowledge on the international situation and the state’s position” with the Office of the Commissioner of the Ministry of Foreign Affairs, Nip added.

The first lecture was hosted on January 27 and the topic was “Deep diving into Xi Jinping’s diplomatic thoughts to co-create Hong Kong’s bright future.”

The Civil Service Bureau will run a trial scheme for the open recruitment of top-level civil servants and consider employing them on a contractural basis, Nip announced.

“In the new era, we need a ruling team who love the country, love Hong Kong, and are loyal, professional, efficient, good at their jobs, responsible and hard-working,” Nip said.

“We hope to put officials that show great foresight and both virtue plus ability in their best suited positions.”