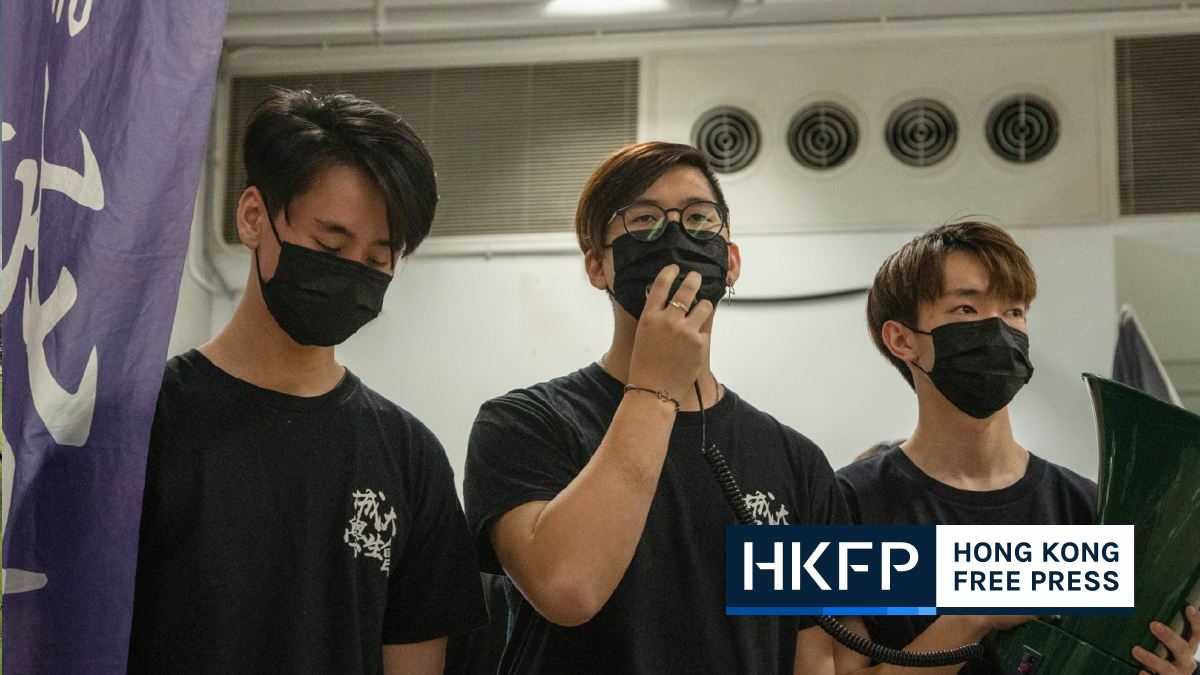 The students’ union of the City University of Hong Kong (CityU) is facing a probe by police from the national security department, after some expressions written during its farewell ceremony last week were said to be potentially illegal under the Beijing-imposed security law.

The CityU student body organised a “parting ceremony” last Monday before it moved out of its premises on the Kowloon Tong campus upon the request of the university. The eviction came after the union failed to hand over 16 years of audited financial records before a two-week deadline.

Representatives from the students’ union staged a walk on campus and painted phrases including  “freedom of thought,” “academic autonomy,” “[we will] not yield a single step” and “resist till the end” at the entrance of a store they operated.

Some students also pushed over barricades to leave final messages to the union on memo stickers on the “democracy wall” – a message board previously used by students to express political views.

Police told HKFP on Monday that they received reports that some people had congregated on the CityU campus and had written words and sentences deemed as inciting “Hong Kong independence.” Such behaviour may breach the national security law, police said, which targets secession, subversion, collusion with foreign forces and terrorist acts.

The national security department of the police has taken over the case and an investigation is underway, the Force added.

“Regarding some people who violated the national security law and anti-epidemic regulations on university campus, police are highly concerned and severely condemn [such behaviour],” an emailed reply from the Force read.

Police did not respond to questions on whether arrests have been made.

Citing sources, local media reported on Sunday that CityU filed reports to the police regarding the farewell ceremony last week. HKFP has reached out to the university for comment.