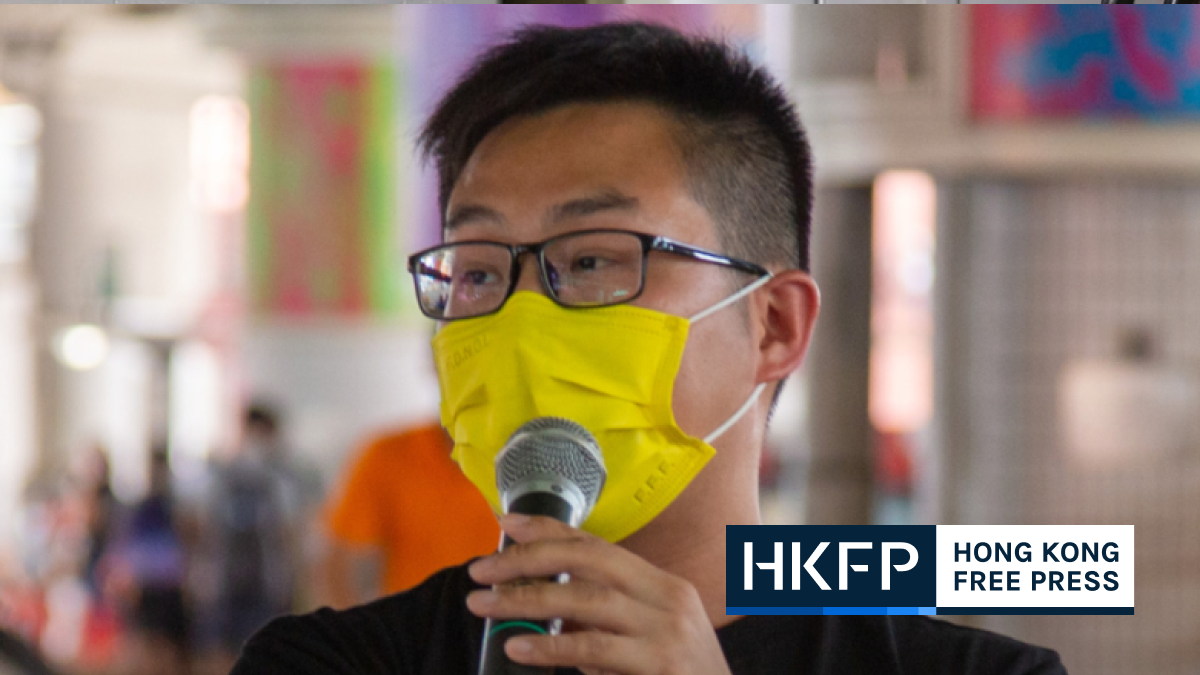 Hong Kong activist Raphael Wong has been been released from prison after spending nine months behind bars over charges linked to a protest in October 2019.

Speaking to the press upon his release, the former leader of pro-democracy party the League of Social Democrats (LSD), said he considered himself “lucky” as his sentence was “relatively short.”

“I don’t think I am really qualified to say anything. But… I can only say I will stay in Hong Kong… and continue fighting for democracy and justice,” Wong told reporters outside Tung Chung MTR station, about 20 minutes from the correctional facility where he served time.

Wong was one of seven activists who pleaded guilty last year to organising or inciting an unauthorised protest on October 20, 2019, in Kowloon. Protesters marched through Tsim Sha Tsui that day, before the demonstration turned violent and some threw bricks and petrol bombs. Police fired tear gas and rubber bullets, and mobilised a water cannon.

Hong Kong was rocked by protests and unrests in the latter half of 2019, initially triggered by a controversial extradition bill that would have allowed the transfer of fugitives to mainland China, where the legal system is criticised as opaque. The demonstrations morphed into a wider display of discontent against the Hong Kong and Beijing governments.

In his trial last August, Wong quoted American civil rights icon Martin Luther King, and told the judge he had “nothing to be ashamed of and no remorse for what [he] did.” He was sentenced to 14 months in jail.

Wong also remarked on the “massive change” that Hong Kong has seen over the past months.

He said that before he went to jail, pro-democracy groups and news outlets – including the Hong Kong Alliance in Support of Patriotic Democratic Movements of China, the Hong Kong Confederation of Trade Unions, Stand News and Citizen News – were still active.

“But today, all of those groups and organisations are gone,” Wong said. All have disbanded or closed down due to pressure from the authorities.

He said he did not have any comment as to what he will do to mark the anniversary of the Tiananmen crackdown on June 4. This year is expected to be the first time that there will be no large-scale gathering at Victoria Park, where vigils are held annually, to commemorate the hundreds, perhaps thousands, who are estimated to have died when the People’s Liberation Army cracked down on protesters in Beijing on June 4, 1989.

Ahead of the anniversary, the LSD held a street booth in Causeway Bay on Sunday, displaying a blank, black piece of cloth. The group’s chairperson Chan Po-ying said that the empty cloth represented the loss of freedom to mourn.

According to InMedia, at least a dozen officers were on stand by at the scene and told passers-by they were not allowed to take photos unless they were reporters.