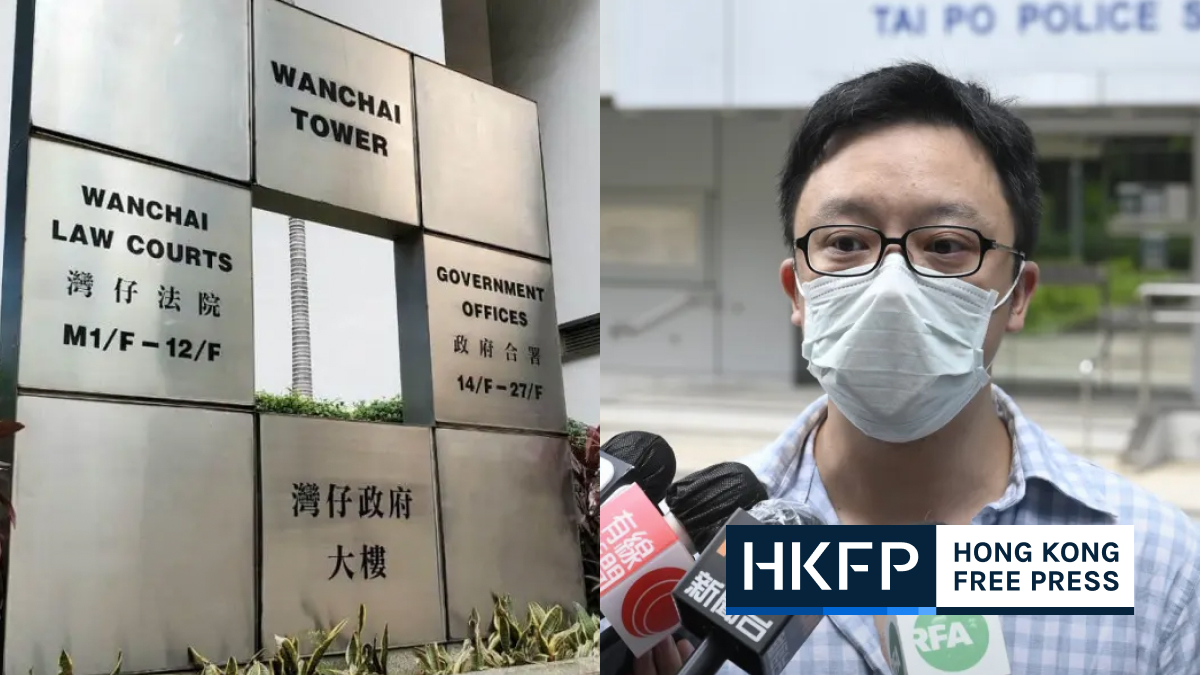 Hong Kong activist Max Chung has pleaded guilty to organising an unauthorised assembly in Yuen Long to protest a mob attack in the area that left 45 people injured in July 2019.

The man behind the “Reclaim Yuen Long” demonstration on July 27, 2019 admitted guilt before District Court Judge Amanda Woodcock on Monday morning. The activist – whose full legal name is Allan Chung Kin-ping – was convicted of the charge and will be sentenced on Wednesday.

Chung had openly acknowledged that he did not receive a letter of no objection from the police a day before the demonstration, according to the prosecution’s summary of facts agreed by the activist. The Force refused to grant permission for the demonstration to go ahead out of public order concerns, amid the peak of the citywide unrest sparked by a since-axed extradition bill.

Chung estimated that around 288,000 protesters went in Yuen Long that day, and expressed gratitude to the demonstrators and advised them how to leave the scene.

The banned demonstration targeted what Chung described as a terrorist attack by more than 100 rod-wielding men on July 21, when the mob indiscriminately attacked citizens, commuters, protesters and journalists inside the Yuen Long MTR station and in nearby areas. Seven men were jailed for up to seven years in July last year for the assaults.

“[Chung] reiterated that the two groups of people attacking Hong Kong citizens were the police and terrorists assigned by the LOCPG… he urged the police not to serve the Beijing regime anymore,” the court document read.

The prosecution played more than 40 videos during Monday’s hearing to show how protesters spilled onto major roads in Yuen Long and occupied carriage ways in the area on that day.

The clips were also cited as evidence showing violence and breaches of peace committed by some protesters, including hurling objects at the police. Some videos also showed Lam talking to police officers on the frontline and signalling to protesters to take a step back during stand offs with the Force.

Chung was arrested the day after the protest and released without charge a month later before being arrested again last August. He has been remanded in custody since then.

Chung originally stood accused of knowingly taking part in an unauthorised assembly as well, but the prosecution did not proceed with the charge.

Representing Chung, barrister Candy Fong said the 42-year-old was not the sole applicant for police approval of the event. She said other influential figures including singer Denise Ho and Lingnan University President Leonard Cheng also appeared at the demonstration. The activist was at the scene to “mediate,” the lawyer said, describing Chung as talking mildly to the police officers.

“There was no evidence beyond reasonable doubt that he was the leader of the pack,” Fong said.

The defence went on to describe Chung as naïve, and said he did not have the experience to organise a public assembly. Fong claimed that her client was “ambushed” and beaten up outside a police station around a month after the demonstration, saying “somebody punished him already, corporally.”

Chung was remorseful, Fong said, and his detention of around seven months pending trial had sufficient deterrent effect on the defendant and the general public. The counsel urged Woodcock to impose a lenient sentencing.

“[G]ive the defendant a chance to live a regular life as he already learned his lesson and not to punish him for lost of opportunities,” Fong said.

The prosecutor asked the court to take the fluidity of the assembly into account when considering sentencing. Chung’s case was adjourned to Wednesday afternoon for sentencing.