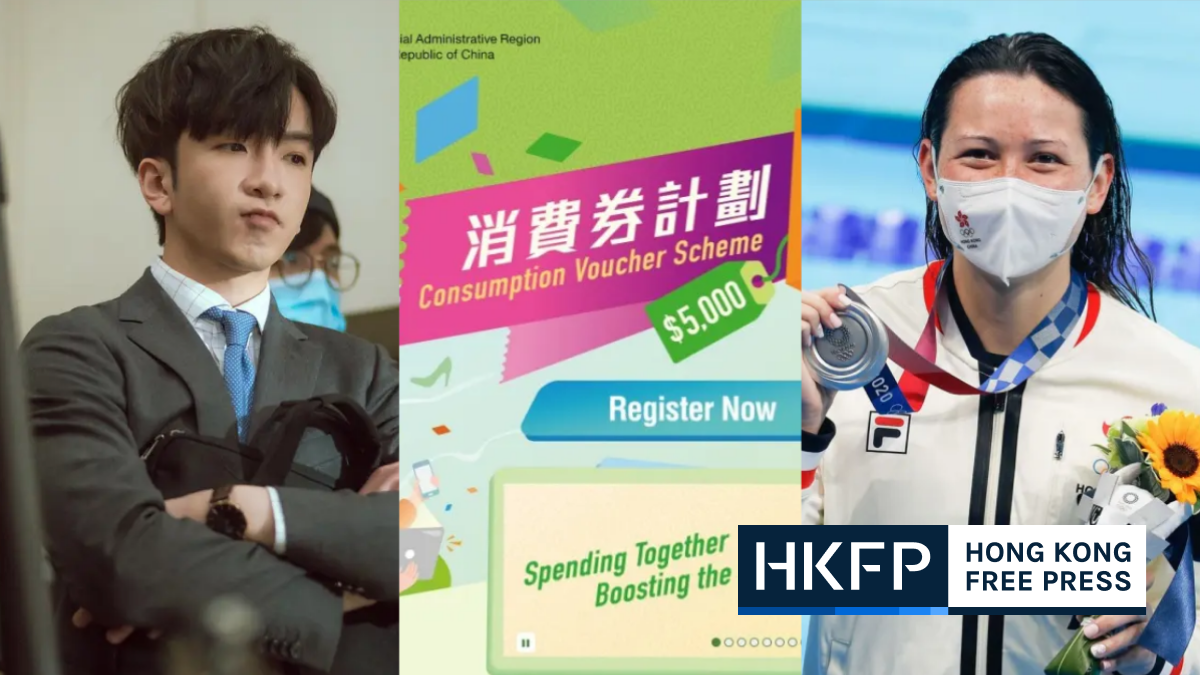 Vaccine lotteries, the government’s consumption vouchers scheme and popular Cantopop group Mirror were among the most searched keywords in Hong Kong this year, according to Google’s annual trends data.

The lists, released on December 8, recap the past 12 months by collating the most popular news topics, public figures and more.

The scheme, registration details of which were announced in June, gave all Hong Kong residents a handout of HK$5,000, as part of an attempt to boost the economy amid Covid-19.

Hong Kong singer Anita Mui was the fifth-most searched keyword. The late celebrity became the subject of renewed attention following the November release of her biographical film, which chronicled Mui’s legacy as one of Hong Kong’s most iconic stars.

Of the top news headlines, three out of five were related to the city’s Covid-19 epidemic. Vaccine bookings – which Hong Kong rolled out in February – drew significant interest. The government’s LeaveHomeSafe contact tracing app saw increased searches towards the end of the year as authorities made the app compulsory for entry to restaurants.

Google searches for vaccine lotteries, another talked-about headline, began rising at the end of May when a property developer said it was giving away a luxury HK$10.8 million flat in Kwun Tong to incentivise Covid-19 jabs.

The Olympic Games and Hong Kong’s top athletes also dominated this year’s Google searches. The Tokyo Olympics – postponed by a year due to Covid-19 – was Hong Kong’s most successful yet, with a grand haul of six medals in sports including fencing, swimming, table tennis, karate and cycling.

Four out of the ten most-searched public figures were Olympic athletes, with 24-year-old swimmer Siobhan Haughey taking the top spot. Haughey won silver in both the 100m and 200m women’s freestyle races, becoming the first Hong Kong sportsperson to win two medals at the Games.

Even amid the Olympic craze, local politics was never too far from the conversation.

Another athlete, Angus Ng, saw Google searches spike for a reason unrelated to his sporting results. The badminton player trended after a pro-establishment politician condemned him for wearing an all-black outfit – which he interpreted as a symbol of Hong Kong’s 2019 protests and unrest – during the Games.

“If [you] don’t want to represent Hong Kong China, please choose to withdraw from the competition,” Nicholas Muk, a member of pro-Beijing party DAB, said, questioning why the HKSAR flag was not displayed on his shirt.

The 27-year-old later clarified that he had to prepare his own outfit for the Olympics after his sponsorship deal with Yonex, a badminton equipment brand, ended. He said he did not have the authorisation to print the HKSAR flag on his uniform.

Also topping the most frequent searches in Hong Kong was local boy band Mirror. The 12-member group has emerged as one of the city’s most up-and-coming artists in recent years, known for their androgynous looks and tight choreography.

In July, a tongue-in-cheek Facebook group called “My Wife Married Mirror and Left My Marriage In Ruins” went viral. It has more than 346,000 members to date.

Anson Lo, one of the most well-known faces of the group, was the most Googled artist on the search engine. The 26-year-old is known for being one of the lead dancers in the group, although his fame extends far beyond Mirror.

His popularity has helped him strike deals with brands, and he was most recently the face of a Calvin Klein Underwear ad campaign in MTR stations around the city.