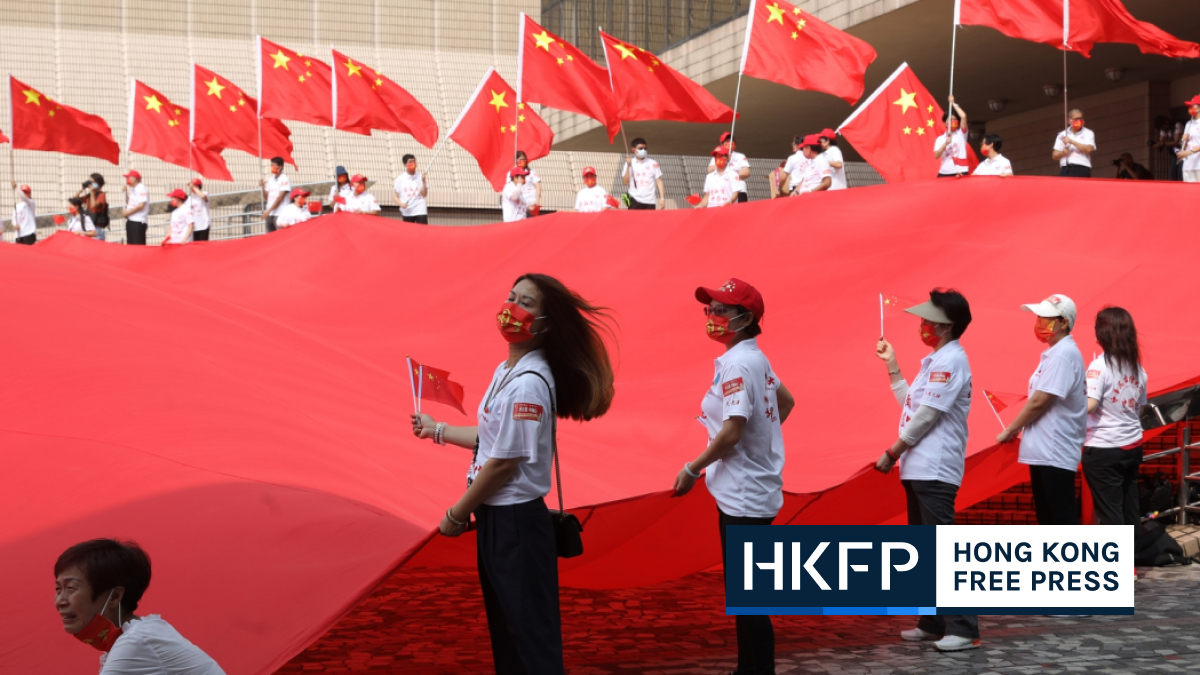 More people in Hong Kong identify as “Chinese” compared to in previous years, the results of a poll by the Hong Kong Public Opinion Research Institute (PORI) have shown.

Although “Hongkonger” remained the most commonly held identity among respondents, the survey findings released on Tuesday found that more residents aged 30 or above identified as “Chinese” in recent years.

The institute successfully conducted phone interviews with 1,000 Cantonese-speaking adult Hong Kong residents between May 31 and June 5.

Results of the survey showed that the rating of those who identified as “Chinese” had increased from 56.8 to 61.5 when compared to PORI’s similar study six months ago. It was the highest rating since December 2018.

Meanwhile, those who rated themselves as a “Hongkonger,” “Asian” and a “global citizen” decreased across the board. The 75.4 rating of the “Hongkonger” identity was at its lowest since June 2017.

According to the data revealed by PORI on Tuesday, more respondents aged 30 or above have identified as “Chinese” since 2020.

Meanwhile, the proportion of those between 18 to 29 years old who identified as “Chinese” dipped to 2 per cent only in the latest survey.

Current affairs commentator Derek Yuen – who applied to run in the delayed 2020 Legislative Council election as a centrist candidate – said during PORI’s press meeting that he thought that Beijing would find the results “quite encouraging.”

When asked by HKFP about the reasons behind the recent increase in Hongkongers’ recognition of a Chinese national identity, Yuen said it could be related to the wave of emigration, as well as people’s shifting mindsets.

As Hong Kong’s democratic movement reached a low point, Yuen said that many with strong feelings against mainland China or the Chinese Communist Party had already left the city.

Yuen said that those who have chosen to stay – especially in the 30 to 49 age group – needed money for their family or to afford property.

“These people recognise this is China’s international financial centre,” Yuen said. “In order to survive, prosper and thrive… you have to adjust your mindset.”

Yuen added that there was “a rather large group of people” who valued stability and economic performance, and Beijing’s implementation of the national security law had given rise to “the stability some people want.”

However, Paul Wong, a lecturer at the University of Wollongong College Hong Kong’s Faculty of Social Sciences, said during the same press briefing that it was uncertain “if respondents were totally free of fear” when responding to recent surveys.

Wong said the national security law could have had an impact on survey findings, as freedom of speech and thought in Hong Kong were more tightly constrained.

“We don’t know how many of them are speaking their true feelings,” Wong said.