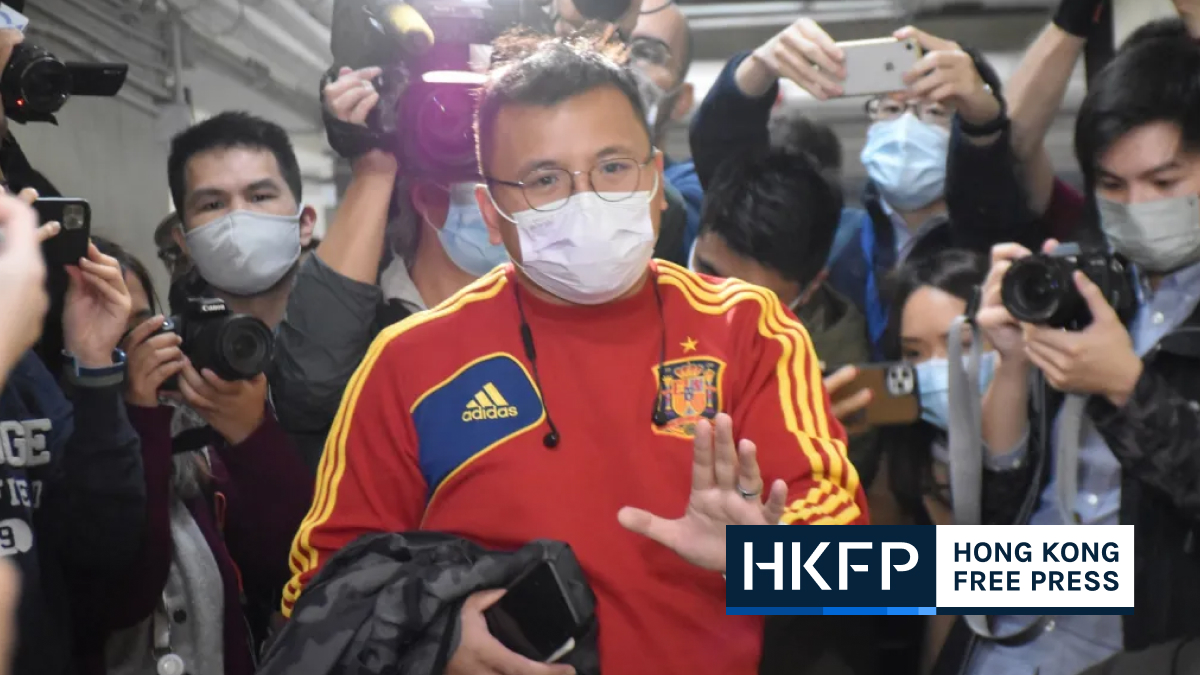 The head of Hong Kong’s largest journalist group, which has come under fire from the security minister, said he would leave the city for six months to join the Reuters Institute’s fellowship programme at Oxford University starting in early October.

Ronson Chan, chairperson of the Hong Kong Journalists Association (HKJA), announced his decision on Facebook on Thursday and said that he planned to return to the city after the programme ended.

The HKJA, like dozens of other civil society groups, has come under pressure since a China-drafted national security law came into force.

“I know many of my friends, citizens, and readers who care about me will hope that I know when to stay or leave, but, to say in cliche, I miss Hong Kong, and the programme said that they hoped participants will return to their place of origin after the programme ended,” Chan’s Facebook post read.

“Therefore, I will speak and act cautiously in the United Kingdom, and return to Hong Kong after half a year’s study as planned.”

Since the anti-extradition bill protests and the enactment of the security law in June 2020, civil society groups, including the HKJA, have faced pressure from the authorities as well as criticism from pro-Beijing and state media.

Earlier this month a scholar and trustee of the 612 Humanitarian Relief Fund, Hui Po-keung, was arrested at Hong Kong International Airport as he was leaving the city for an academic post in Europe. In March, Paul Harris, the former head of the Bar Association, left Hong Kong hours after being questioned by national security police.

Chan, who is due to speak on the topic of press freedom at the city’s Foreign Correspondents Club on Monday, said he was not was not worried about being arrested at the airport.

“I don’t want them to say that I’m absconding, if they want to arrest me they will… It’s such a rare opportunity for people like us who only have 14 marks in the Hong Kong Certificate of Education Examination, [I] have to seize the opportunity. Of course I will go,” Chan told HKFP.

When asked why he planned to return to Hong Kong, Chan said he “never intended to leave,” and that he was “only going for further studies.”

Secretary for Security Chris Tang last September expressed doubt about the HKJA’s professionalism and alleged political bias. The association said at the time it was merely trying to safeguard press freedom, which is protected under the Basic Law.

In January, the Registry of Trade Unions demanded that the HKJA provide answers on how certain events it had held, including movie screenings and book launches, were relevant to its objectives.

The chairperson said the association had responded to the RTU’s request, but had yet to hear back from them.

Chan also said in the Facebook post that he would “not actively seek re-election” as the press group’s chairperson. HKJA will elect a new executive committee on June 25 at its annual meeting.

The chairperson urged “those who are willing” to take over the post, and told HKFP that he would only consider his options again if no one else stands.

“To be honest you can already guess the result. But someone once said that if I always say I will run [in the election], no one else will come forward.”