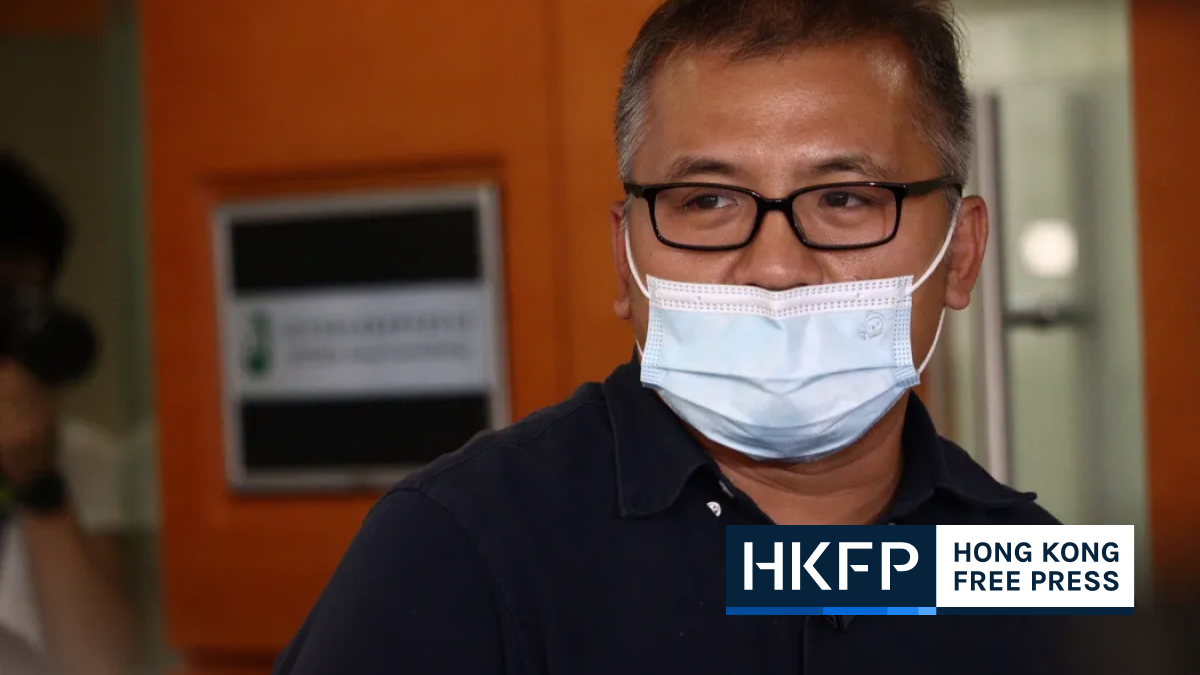 Ronson Chan, the chairperson of Hong Kong’s largest journalist group, has been arrested while reporting on a home owners’ committee meeting for online outlet Channel C.

According to a Channel C Instagram post published at 2:00 p.m. on Wednesday, the veteran journalist and Channel C’s deputy assignment editor was was asked to show his identity card to the police at the MacPherson Stadium in Mong Kok, after which he was taken to Mong Kok Police Station.

The stadium was the venue of a meeting between members of Long Ping Estate owners’ committee.

The police said that the officers saw two “suspicious” men at the junction of Nelson Street and Yim Po Fong Street in Mong Kok and asked the men to show their identity cards. According to the police statement, the man surnamed Lee cooperated, while the other, a 41-year-old with the surname Chan, refused to comply with the request despite multiple warnings.

Chan was then arrested on two charges – for obstructing police officers and disorder in a public place – and is currently in custody at Mong Kok Police Station.

Since the 2019 anti-extradition bill unrest and the enactment of the security law in June 2020, civil society groups, including the group headed by Chan, the Hong Kong Journalists Association (HKJA), have faced pressure from the authorities as well as criticism from state-backed media.

Chan started his second term as chairperson of the HKJA in June, after announcing that he would leave the city for six months to join the Reuters Institute’s fellowship programme at Oxford University in early October.

He was previously questioned by police in connection with an investigation into his former employer, Stand News.

Stand News was forced to cease operations last December after its newsroom was raided by police officers from the National Security Department and seven people linked to the outlet were arrested. The non-profit online news source was founded in December 2014 and had a pro-democracy slant.

Like his predecessor Carrie Lam, Chief Executive John Lee has said that the freedom of the press in Hong Kong was not at risk.

Lee was the city’s security chief when Beijing imposed the sweeping national security legislation on Hong Kong two years ago. Since the onset of the law, newsrooms have been raided and several outlets have shut down, some after their top editors were arrested over national security or sedition charges.

In the run up to the leadership race in which he ran uncontested, Lee had said press freedom existed in the city and there was no need to ask him to “defend” it.