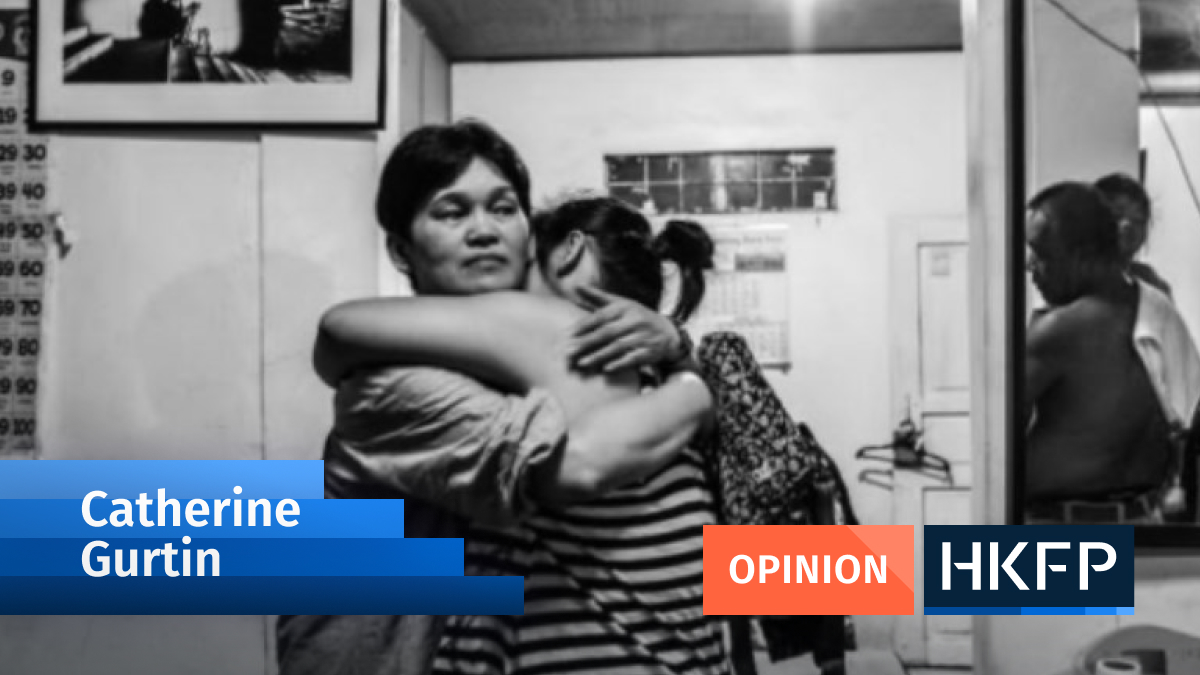 Today is Mother’s Day and time for a big pat on the back for all mums in Hong Kong, especially those Migrant Domestic Workers (MDWs) who are themselves mothers.

We can’t thank MDW mothers enough for all the sacrifices they make, not only for their own families and children but for the tens of thousands of households in our community that rely heavily on their care and support – especially for children and elderly parents.

For almost half a century, MDWs have made tremendous contributions to our society. Far from being “helpers”, many operate as second mothers raising generations of children in Hong Kong, typically at the expense of heartbreaking separation from their own children. Many such mothers spend most of their own children’s formative years overseas, so they can provide for their families in hopes of giving their children a brighter future.

“The separation of a mother from her family is always painful, and the trauma lingers,” said Xyza Bacani, a Filipina author and photographer based in Hong Kong and New York, as she opened up about her own experience of being a child left behind from an early age.

“I grew up without her, so I know how challenging it is (for children) to be away from mothers,” said Bacani. “Saying goodbye is a routine we have done countless times since my mother left for work in 1996, but the pain never ceases.”

Bacani’s story is the story of millions of children of migrant parents over the years. For decades, Hong Kong has relied heavily on the support of migrant workers to care for children and the elderly so that employers themselves are able to work. The city currently employs 340,000 MDWs, with the number forecast to rise to over 600,000 by 2047 amid a rapidly aging population.

More than 80 per cent of such workers are women of childbearing age. This means the number of children left behind in home countries will inevitably continue to escalate over the coming years.

Some children are left in extremely vulnerable situations due to a lack of parental care and support. They are also at greater risk of violence, exploitation and abuse, often from the very caregivers to whom their mothers entrusted them.

Remilene Marcelino, the newly-appointed social welfare attache to the Philippine Consulate General in Hong Kong, has shared her deep concern for the children of migrant mothers in her home country. After coming across an alarming number of teenagers who were raped or abused by people to whom their mothers had entrusted them, her advice to MDW mothers is to keep a close eye and communicate frequently with their children to ensure their protection, safety and well-being.

More often than not, many MDW mothers struggle with long-distance parenting and maintaining heart-to-heart connections with their children across the miles. Those whose working day lasts late into the night are unable to speak with children who have already gone to bed. The Covid-19 pandemic has further worsened the situation, with prolonged travel restrictions preventing many mothers from returning home for more than two years to see their children, who miss them terribly.

If you employ a MDW, please take a moment to show your care, appreciation and support through simple gestures. Ask how she is and find out more about her family. Especially if she is a working mother, encourage her to take short breaks throughout the day to connect with her children. She would appreciate this time to connect, albeit virtually, to at least ensure they are well taken care of, helped with their homework, and to just be there for them.

As a community, let’s come together to ensure adequate and much needed support is in place to safeguard the well-being and best interests of all children born to migrant mothers. It is a child’s basic right to feel safe, supported and cared for, so they can survive and thrive – something all parents desire for their children every day.

Catherine Gurtin is the CEO at PathFinders. She has worked on child rights and protection across Asia for almost 10 years. Catherine is passionate about connecting and bringing people together in pursuit of solutions and common goals.