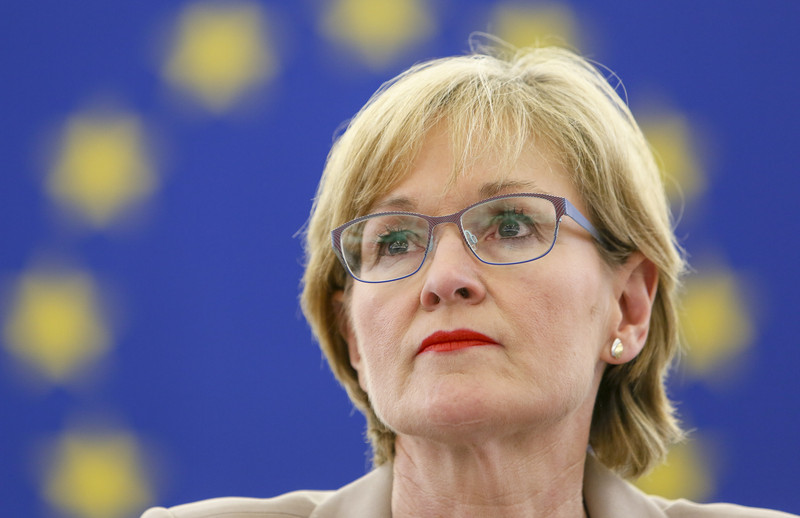 The European Commission on Tuesday (22 March) defended labelling natural gas as a sustainable investment during a session at the European Parliament, where the fate of the highly contested policy will ultimately be decided.

“There is a scramble for gas going on, and we are convinced we need to include it,” European commissioner for financial services Mairead McGuinness told lawmakers from the economic and monetary affairs (ECON).

“We do not force private investors to invest in gas,” McGuinness said. “But if they do, we think it is better if they are constrained by the [green] taxonomy rules,” said McGuinness, referring to the hotly contested classification system that is meant to channel investment into environmentally-sustainable sectors.

But sceptical lawmakers said there was no reason to give any extra incentive for using the fossil fuel, since efforts by the EU to decrease dependency on gas from Russia would help to drive strong market demand and interest anyway.

“The scramble for gas will go on with or without labelling natural gas green,” said Bas Eickhout, a Green MEP.

MEPs like Eickhout object to the commission’s decision to allow gas power plants to be considered green if there is a reduction in emissions by 55 percent over their lifetime and if the infrastructure can be switched to handling hydrogen or biofuels.

To be sure, the results of the switch away from Russian gas are expected to be dramatic for the gas industry in Europe.

Some countries, including Germany, will need to build new infrastructure to allow for liquified natural gas (LNG) imports and connect gas pipelines across borders to handle the changeover.

Will the proposal be blocked?

Last week a group of 102 lawmakers from across the political spectrum, including Eickhout, sent a letter to McGuinness demanding the commission withdraw the proposal.

MEPs said that McGuinness had not yet answered but on Tuesday, McGuinness said it would be up to the parliament “to accept or reject” the inclusion of gas as a green investment.

The parliament is planning to put the taxonomy, which contains the gas investment clause, up for a first vote at the committee stage at the end of May, with a final vote in the plenary expected the first week of July.

A simple majority vote — at least 353 MEPs — would be needed for the gas clause to be included or removed.

So far the Socialists & Democrats, the Left and the Greens, which together hold 256 seats, have committed to blocking the proposal, but momentum could be gathering and other MEPs could join.

“A blocking majority seems more likely by the day” including among lawmakers in the liberal Renew group and the centre-right EPP, said one EU lawmaker, who asked not to be identified because of the sensitivities around the upcoming vote.

Rejection of the proposal by either one of these parties would be enough to stop gas from being included in the taxonomy as a green investment.

Nils Torvalds, a lawmaker with Renew, said it was “quite clear” that opposition to including gas in the taxonomy is growing, but he wouldn’t say what position his group would take in the upcoming votes.

Similarly, the EPP also had not yet taken a formal position — but EPP lawmaker Peter Liese said most of his group’s members on the environment committee and the committee for economic affairs oppose the proposal.

If the proposal gets blocked, it could end the commission’s efforts to include gas in the taxonomy.

“It simply won’t exist anymore and therefore won’t apply,” said Daniel Ferrie, a spokesperson for the commission, which drafted the gas rules. “We would have to assess the next steps and I cannot confirm what those next steps would be today,” he said.