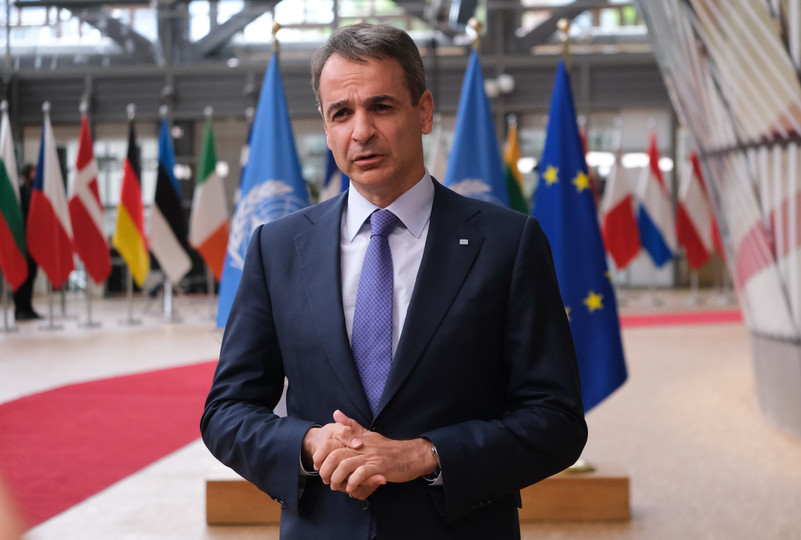 The Greek government has been accused of violating the rule of law, following a wiretapping scandal that has ensnared Greek prime minister Kyriakos Mitsotakis.

“What is being described here as the wiretapping scandal in Greece is yet another indication as to how much the rule of law is being violated in Greece,” Greek journalist Thanasis Koukakis told MEPs on Thursday (8 September).

Koukakis, who has contributed to CNN Greece, the Financial Times and CNBC, had been targeted by Predator, which allows operators to monitor every aspect of a target’s phone, including calls, messages, photos and video.

His comments were made to MEPs in a special inquiry committee on spyware, which had invited three Greek journalists to discuss the widening scandal.

Stavros Malichudis, another Greek journalist who had been wiretapped, offered similar comments.

“The first thing you realise is that your sources are exposed and these are people that are maybe more vulnerable than you,” he said.

Eliza Triantafillou, an investigative journalist who broke the Predator story in April for Inside Story, said at least four people have been targeted.

“And we think that this number is going to grow as well,” she said.

Her story was followed by revelations that Greek opposition leader Nikos Androulakis had been sent a text message last September with a link that would have installed Predator onto his mobile phone.

Androulakis has since filed a lawsuit with the prosecutor’s office, which lead to the eventual resignation of the head of the Greek National Intelligence Service (EYP).

The EYP reports directly to Mitsotakis, whose secretary general (and nephew) Grigoris Dimitriadis also resigned over the affair.

Although Mitsotakis has acknowledged that Androulakis phone was wiretapped, he has denied any knowledge of it.

He also says the state has never purchased Predator, in comments echoed by government-friendly media outlets in Greece.

Dimitriadis has since launched Slapp lawsuits against media outlets Reporters United and Efimerida ton Syntakton (EfSyn) for their reporting.

He also wants €150,000 from Koukakis for having tweeted the stories.

Such attacks against critical journalists, including international correspondents, has placed Greece among those states with the worst press freedoms in the EU, according to Reporters without Borders.

And while the Greek constitution bans wiretapping, it still makes exceptions for reasons linked to national security and crime.

But those exceptions are said to be ripe with abuse.

“So every single day she approved 42 decisions to wiretap people, for reasons of national security. That is a single prosecutor and they are not controlled by anyone,” he said.

Koukakis and Triantafillou also shed doubt over government claims that it had never purchased Predator.

“The government now is hiding behind the fact that the state has not bought the system [Predator]. I mean, this is ridiculous,” said Koukakis.

“They could have outsourced it to someone, to a private person that was working on orders,” said Triantafillou.

The Greek parliament has set up its own parliament inquiry to probe the scandal.

But Greek lawmakers are at odds on who to invite to stand witness, leading to walk outs by opposition MPs at meeting on Thursday in Athens.

Meanwhile, the Greek government says it has done nothing wrong.

“We underline the fact that the Greek state is not involved in any kind of illegal surveillance,” said Athanasios Staveris from the Greek digital governance for telecommunications.