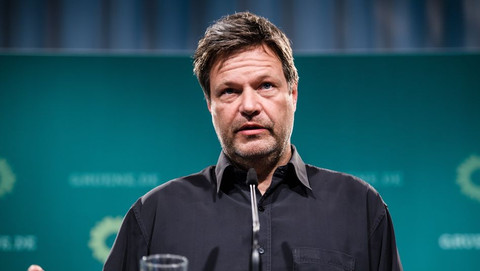 “We will probably miss our targets for 2022. And for 2023, it will also be difficult enough. We are starting with a severe backlog,” he said.

“2022 will be one of the most exhausting years this ministry has experienced in a long time,” he added.

The country’s first national climate law, passed in 2019 and amended in 2021, states annual reduction targets for individual sectors such as industry and transport until 2030.

These are set in line with the European reduction plans. EU climate legislation will receive an overhaul in the next two years, but under current effort-sharing regulations Germany will need to reduce emissions more than most other EU countries.

Transport should be reduced by 15 percent from 1990.

That’s another 6m tonnes in this year alone in a sector that until recently was unable to reduce emissions in Germany and has grown over the years in the EU; climate policy notwithstanding.

The number of wind turbines being built will also have to radically increase, Habeck said. From 450 in the previous years to 1,500 annually.

As part of the climate law, the government aims to meet 80 percent of the power demand in the country with renewables. To build this amount of windmills, 2 percent of its land surface will have to be reserved.

Finding the right place for onshore wind farms is often slow and challenging, but the government aims to have laws on accelerating the approval process.

In its last session before the summer recess, the German parliament passed a bill that amends the federal Climate Action Law after a top court ruled it insufficient.

The law states that if a target is missed, the difference will need to be spread out evenly over the remaining years.

The first benchmark is 2030, with new targets set for 2040 and 2045. And the law stipulates targets can be raised, but cannot be lowered.

The new coalition government, led by social democrat Olaf Scholz, which includes the German Greens and the liberal FDP, has already presented plans to step up government action.

Although details are forthcoming, deep reforms are needed in almost all sectors of the economy, ranging from the utility sector, manufacturing, industry, buildings, agriculture, and transportation.