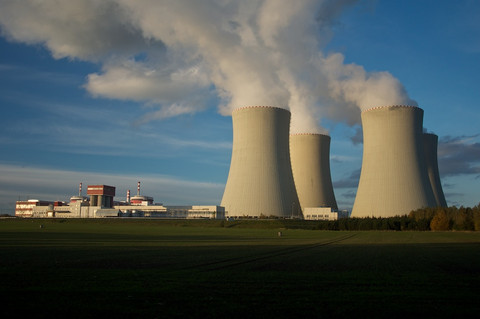 Germany will close down three of its last six nuclear power plants, with Brokdof, Grohnde, and Gundremmingen shutting down on Friday (31 December).

Following the accident at the Fukushima Daiichi plant in Japan in March 2011, a large majority of the federal parliament (Bundestag) decided the country would phase out nuclear energy by the end of 2022.

The three remaining power plants – Isar 2, Emsland, and Neckarwestheim II – will be turned off next year.

Germany aims to meet 80 percent of power demand by 2030 through wind and solar energy.

Although nuclear power plants only contributed 12 percent to the German energy mix in 2021 – compared to 41 percent renewable energy, 28 percent coal, and 15 percent gas – pulling the plug on nuclear while decarbonising the energy system led some to question the timing of the phase-out.

“First to get out of nuclear energy and then out of coal. That is now history. But the path was wrong,” CDU-CSU chancellor candidate Armin Laschet said in summer 2021.

More recently, in a letter titled ‘Dear Germany, please leave the nuclear power plants on the grid’ published in Die Welt newspaper, a group of signatories, including activists, researchers and pro-nuclear groups, argued against the closing down the last remaining nuclear power plants.

“The elephant in the room is that Germany is increasing the carbon emissions of its energy system by stepping out of nuclear power,” they said.

Economists of the German Institute for Economic Research (DIW) wrote in a recent paper that: “the decline in nuclear power will temporarily lead to higher use of fossil energies.”

However, the “accelerated expansion of renewable energies” will quickly even out the increase, they concluded.

The new German government of Social Democrats (SPD), the Green Party and the liberals (FDP), which took office in December 2021, agreed in the coalition treaty that “we stand by the nuclear phase-out”.

“Nuclear power would make our energy supply neither safer nor cheaper. A technology that has no solution for the disposal of toxic waste cannot be sustainable,” the new environment minister Steffi Lemke said in December.

“The nuclear phase-out in Germany has been decided, clearly regulated by law and is valid,” economy and climate minister Robert Habeck said on 28 December, admitting that “2022 will be one of the most exhausting years this ministry has experienced in a long time.”

A majority of the German population have remained supportive of the nuclear phase-out over the years. However, a recent YouGov poll also shows a slim majority of Germans see a future role for nuclear energy.

The dismantling of the sites is expected to be completed by 2040.