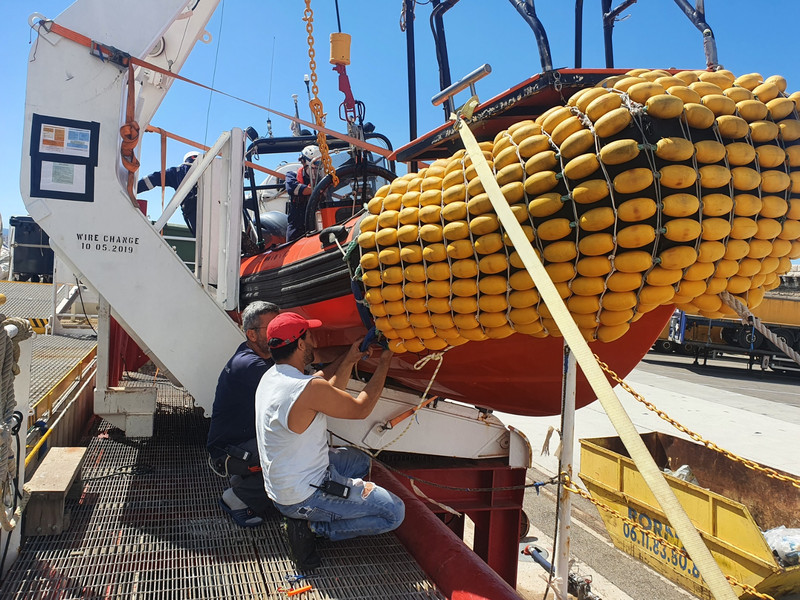 While the EU welcomes Ukrainians, member states behind closed doors are tightening rules against refugees and asylum seekers from elsewhere.

Their plan is part of an EU-wide reform on migration and asylum first proposed by the European Commission in late 2020.

Almost two years later and internal EU documents show that some member states are using deterrence to make it more difficult for people to gain access to asylum.

A French presidency paper, dated 10 May, lays out ideas on an EU bill on screening that could lead to prison-like camps at the borders.

These issues have been addressed and disclosed before but public pressure from civil rights organisations and the European Parliament appear not to have shifted the positions in the Council, representing member states.

The latest changes in the bill also suggests “penal sanctions” for anyone who absconds during the screening period.

They also advocate for the creation of legal limbos near the borders, where asylum-seekers arriving at EU borders are technically not yet legally inside the EU.

These too have been contested in the past by the lead European Parliament lawmaker on the bill.

Other modifications include offering language services that may not be understood by those apprehended, posing possible problems for some seeking international protection.

The French EU presidency had earlier this year announced intentions to make steady progress on the migration reform pact.

With its six month rotating presidency coming to an end next month, the French don’t appear any closer to that goal.

This included the EU screening bill and Eurodac, a legislative file on biometrics like fingerprints and facial imaging.

“We will be looking at registration, a recording of persons who arrive at the external borders,” he had said.

The French presidency wants an agreement on screening and Eurodac. But entrenched hardline positions among some EU states remain, including on search and rescue operations out at sea.

This was also outlined in a leaked EU document from 18 May, spelling out the position of member states on Eurodac.

The French presidency has since proposed creating a new Eurodac category to fingerprint people given temporary protection like those from Ukraine.

Authorities would need to collect and transfer the data within 72 hours with an aim to store it for five years. Most appear to back it, while Poland says the 72 hour deadline is unrealistic.

But the presidency also reintroduced a category for search and rescue (SAR), whereby biometrics of anyone six years old or above is taken.

Austria is against it.

“This may be the starting point of a special treatment for this group,” they said.

“Those arriving by sea should not be subject to more favourable procedural rules,” they said.

Poland says it would create a pull-factor, a claim whereby people would be more willing to risk their lives.

“We still believe that migrants from SAR operations should not receive any privileges — which could be a pull factor,” they say.

Slovakia is also against, while The Netherlands remains ambivalent over possible conflicts with existing Dublin entry rules.

The Czech Republic, Germany, and Sweden are supportive.

Meanwhile, Hungary and Poland are also pressing for a packaged approach, meaning they want everything agreed before signing off on individual files.

That prospect is unlikely under the French EU presidency as well as the upcoming Czech.