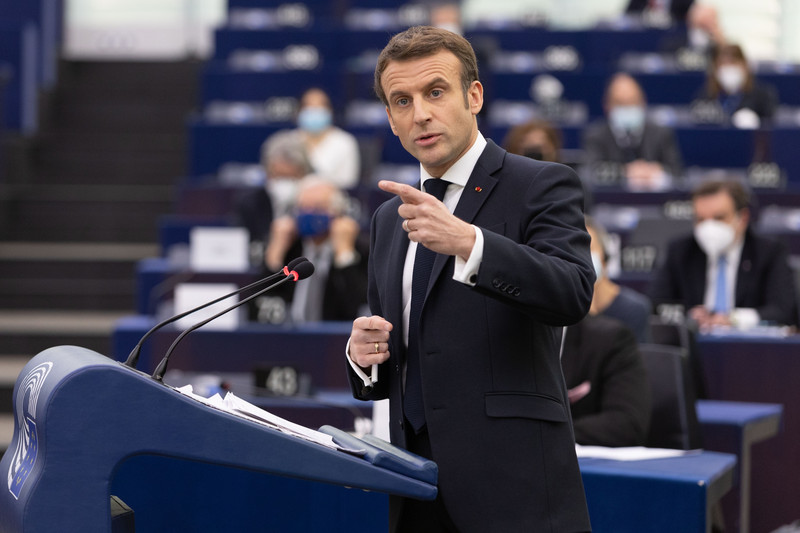 French voters went to the polls on Sunday (10 April) in a first round of a presidential that will at least partly determine the future of Europe.

Voters in the second largest economy of the EU will head back to the ballot boxes on 24 April to decide the final winner.

In Luxembourg, foreign affairs ministers are expected to meet on Monday (11 April) to discuss the implications of the fifth package of sanctions against Russia, adopted by EU governments last week.

Ministers are expected to discuss the latest developments concerning the Russian war in Ukraine, including holding Moscow accountable for breaking international law, and how to provide assistance to investigators into war crimes committed by Russia.

The debate will also be focused on energy and food security as the fallout of Putin’s invasion.

Ministers want to prevent possible food shortages from being instrumentalised by Russia and China as a geopolitical weapon.

On their menu: the top issue will be the Russian invasion in Ukraine and its security implications for the European continent.

European lawmakers plan to travel to another country that has been threatened by Russia before.

During the week MEPs from the parliament’s security and defence subcommittee are expected to visit Georgia to see for themselves the possible implications of Russia’s war in Ukraine.

Turning inwards, EU affairs ministers will gather in Luxembourg on Tuesday (12 April) to discuss the status of the rule of law within the bloc.

Ministers have been discussing the rule of law in each member state, and this time Luxembourg, Hungary, the Netherlands, Malta and Austria will be on the agenda.

Hungary is expected to get a special spotlight, as the country is also under the so-called Article 7 sanctions procedure for democratic backsliding.

The country’s ruling party, and prime minister Viktor Orbán, was re-elected with a supermajority in the parliament for the fourth time in a row last week.

Early in the week, MEPs from the budget control committee plan to go to Bulgaria to inquire about the allegations of corruption and misuse of public funds which could impact EU funds.

Bulgaria’s former prime minister, Boyko Borisov, was detained mid-March as part of a police operation linked to probes by the EU prosecutor’s office.