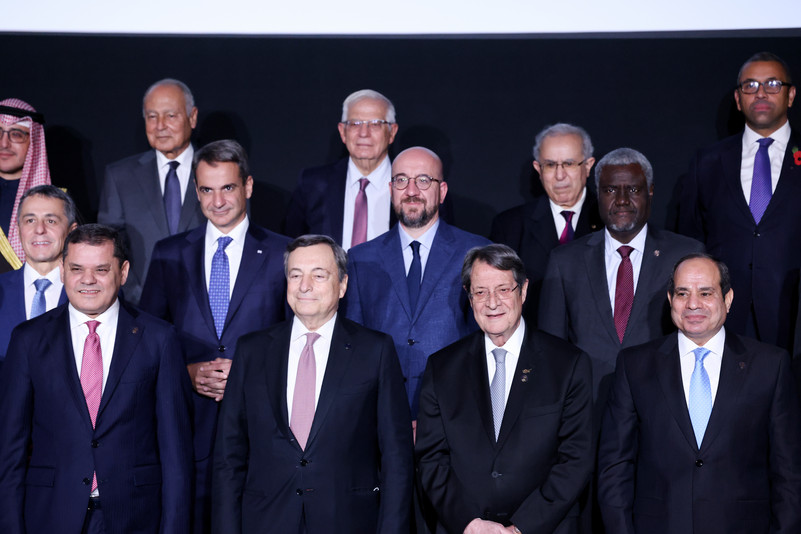 The European Commission has asked France whether it authorised the sale of cyber-surveillance tech to Egypt — a country where reports of repression have become commonplace under president Abdel Fattah al-Sisi.

“My services are in contact with the French competent authority to clarify the circumstances of these cases and their compliance with EU export regulations,” von der Leyen wrote in the letter, addressed to French Green MEP Mounir Satouri.

Sautouri, along with a handful of other EU lawmakers, had in December demanded the European Commission take action after a report by Disclose, a French-based media outlet and advocacy group, that France authorised the export of surveillance software supplied by a number of French companies.

The inquiry throws the spotlight on close ties between some European governments and the al-Sisi regime, which has been accused of extrajudicial executions and torture – but also works hand-in-hand with the EU on curbing irregular migration and clamping down on terror networks.

“The current French government puts its commercial relationship with Egypt on arms sales and other exports ahead of the protection of human rights and longer-term strategic concerns,” Satouri wrote to EUobserver in an emailed statement.

Von der Leyen’s intervention also is awkward for the current French EU presidency as well as for French president Emmanuel Macron, who in late 2020 honoured al-Sisi with the Grand Cross of the Legion of Honour.

French export authorities in the French ministry of economy signed off on the deal, according to Disclose.

Asked on Wednesday, French government officials in Brussels declined to comment on reported sales to Egypt.

The inquiry comes less than 10 days before the EU-African Union summit on 17-18 February and the expected attendance of al-Sisi.

“Rolling out the red carpet for Sisi while his government is responsible for horrendous, systematic abuses would be extremely problematic, to put it mildly,” said Claudio Francavilla of Human Rights Watch.

Earlier this month, over 170 national MPs and European lawmakers signed a joint letter demanding the UN create a human rights monitoring mechanism to probe the violations by the regime.

The surveillance technology that was the subject of von der Leyen’s letter would likely be abused by the Egyptian authorities, said Leslie Piquemal from the Brussels branch of the Cairo Institute for Human Rights Studies, an NGO.

Surveillance equipment is “very clearly being used to facilitate the crackdown on dissent by monitoring online communication, and we presume also locating people using their devices,” she said.