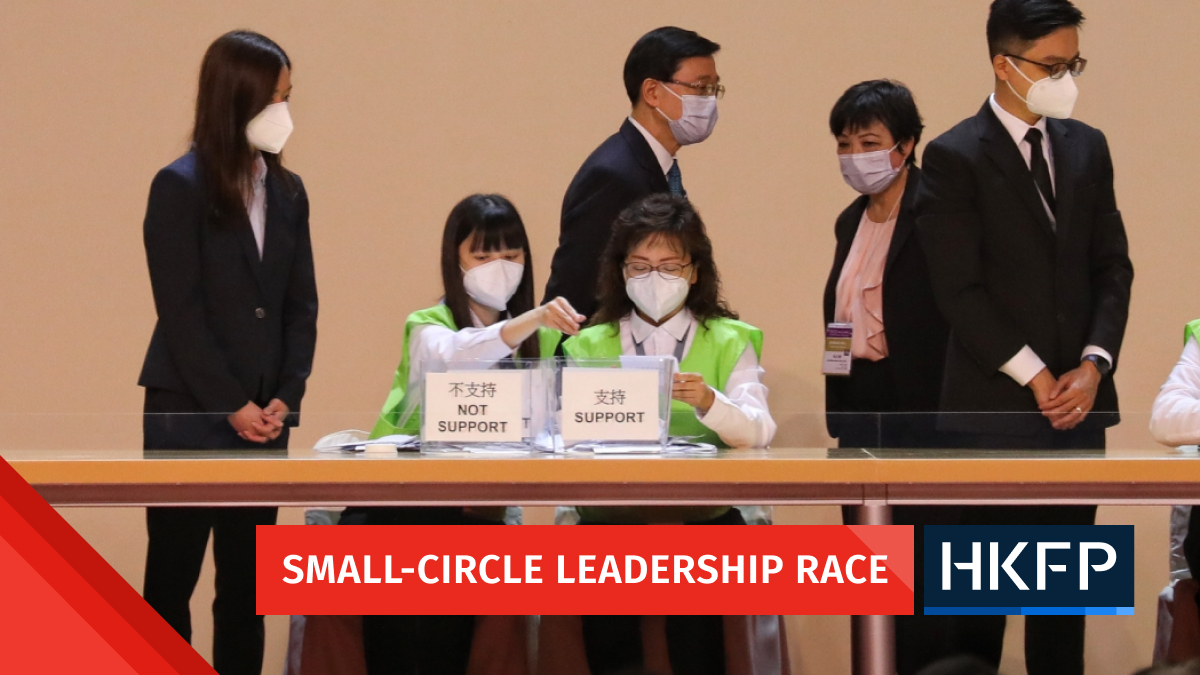 A total of 1,428 elite voters from the Election Committee cast their ballots in Hong Kong’s first-ever leadership race under revamped electoral rules. Lee was the sole contender, with committee members voting either to “support” or “not support” his bid for the top role.

Asked to clarify if those four were blank votes, Fung said they were considered invalid but not “questionable” ballots. He did not use the term “blank votes” to describe the ballots in question.

“The four invalid votes were votes which has no choice appending on them. According to the law, they are invalid ballots… without any process of determining of any question, they will be declared invalid,” Fung said.

Under the electoral overhaul passed in May last year, inciting people to cast a blank or invalid ballot is now a crime under the Elections (Corrupt and Illegal Conduct) Ordinance, with the maximum penalty being three years of imprisonment. However, casting blank votes is not an offence.

Fung said six electors cast their votes from the Penny’s Bay Covid-19 isolation facility, while the others participated in the polls at the Hong Kong Convention and Exhibition Centre in Wan Chai. The final turnout stood at 97.74 per cent. The whole ballot-counting process lasted for about 23 minutes, he added.

“The election arrangement fully manifested the principles of openness and fairness, the Electoral Affairs Commission is very pleased with the arrangement this time,” Fung said.