A﻿ former Buckingham Palace butler has reflected on his favourite memories with Queen Elizabeth II as he mourns her “surreal” death.

Martin Higgins came to be a butler at Buckingham Palace when he was 21 – his dream job from childhood – starting just after Christmas when the palace was decorated for the festive ball.

“I remember walking from room to room, opening one door and going into the next. From the state dining room into the drawing room, the white room and all these rooms I’ve never witnessed and seen before,” Higgins said. 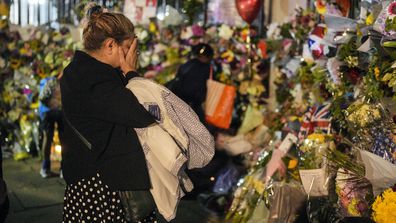 The world reacts to death of Queen Elizabeth II

“To see it open before me, it was like being in a dream.﻿”

Higgins said he fell in love with Her Majesty’s corgis at first sight as well as the grandeur of the palace.

‘I was absolutely petrified’﻿

When the music stops so do all the dancers. As this happened, Higgins said the Queen was in front of him.

“She looked at me. I looked at her. She smiled. I was absolutely petrified.”

Higgins said he danced with the Queen for about five minutes, but “it seemed like an eternity”.﻿

The dance broke protocol as Higgins had to loop his arm around the Queen but the pair danced anyway.

Queen’s death is ‘numbing and surreal’﻿

Higgins said the Queen’s death came a﻿s a “shock” after he spent close to four years as a member of the royal household.

“One day she was meeting the Prime Minister and then everything was fine. The next time, we heard she was on death’s door,” he said.

“I think for most of the country myself included it was the fact there was no real warning and then within a matter of hours she passed.”

Higgins said it was “numbing and surreal” but means the world has been forced to take a moment to reflect on the Queen and her leadership.