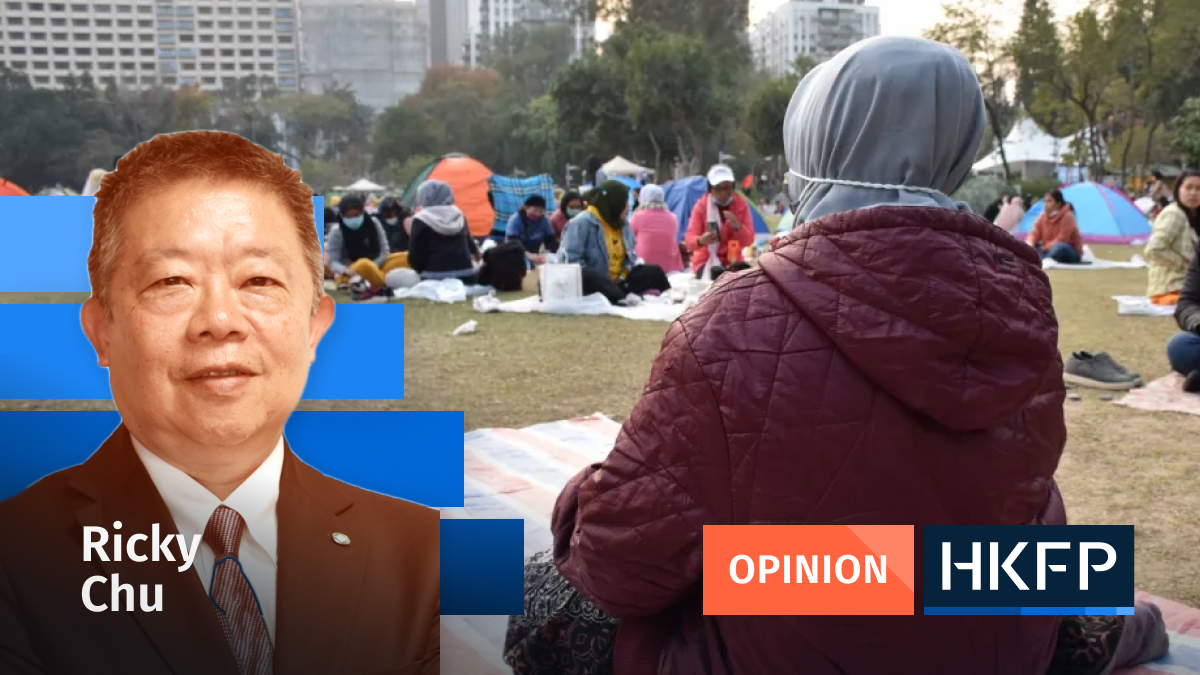 Their identity as “foreign domestic worker” is so overriding that their roles as women, mothers, Hong Kong residents and employees are overlooked.

This is the thought-provoking message I received during a recent panel discussion at the Equal Opportunities Commission (EOC) from a foreign domestic worker, speaking about the intersectional challenges they face as working women.

As the chairperson of the EOC, I am fully aware of the stereotypes, biases, discrimination and harassment this implies.

Unlike most of us, with their workplace literally being their home in Hong Kong, the boundaries of being “on duty”, “off duty”, and “on standby” for foreign domestic workers are often blurred.  Employers and their families may not be always mindful of the helper’s need for personal space and rest.  To some of them, working hours start right at waking up and last till bedtime, with no genuine rest until Sunday.

Those domestic workers who are mothers cannot take care of their own children as normal working parents can. This can take a toll on their emotional well-being. We have also encountered cases of unlawful dismissal of pregnant and sick domestic workers. A recent appalling example is some domestic helpers being expelled from home and sleeping in the streets after they tested positive for Covid-19.

Foreign domestic workers face multiple challenges despite being the backbone of most families in Hong Kong.  During the epidemic, without their help, many families could not cope with maintaining extra hygiene while supporting children’s home lessons. Regrettably, despite their contribution to us, they are often looked down on.  It is not news that they are cold-shouldered, disrespected in most aspects of life, and subjected to discrimination in public spaces or when receiving services.

I still believe that many employers of foreign domestic workers in Hong Kong are mindful of their obligations and maintain a good relationship with their helpers while fighting the virus as one. However, we must confront the fact that discrimination against them is sometimes blatant. There is surely room for improvement in policy and regulation, an issue worthy of discussion in a separate article.

Another key topic raised in our panel discussion is stereotypes. To address this issue, in public messaging as well as formal education, foreign domestic workers should not be simply portrayed as servants from certain overseas countries but also as Hong Kong residents and employees, in order to unleash our manpower.

The media can play an important part by describing them from multiple perspectives and avoiding accentuating racial features. Instead of reinforcing stereotypical narratives of foreign domestic workers, they should be presented as individuals with diverse identities like everyone else.

Foreign domestic helpers are an integral part of Hong Kong and their contributions should never be undermined. Treat them with respect, as you would expect to be treated yourself.