A second man has been charged over his alleged involvement in the murder of Sydney underworld figure Mahmoud “Brownie” Ahmad.

Ahmad, 39, was gunned down on a Greenacre street on April 27, one of a spate of high-profile gangland shootings in the city.

A 37-year-old man was arrested yesterday at a home in Fairfield East, police said this morning.

He has since been charged with accessory after the fact to murder, knowingly or recklessly directing a criminal group to assist in crime, taking part in the supply of a prohibited drug in a large commercial quantity and possessing a prohibited drug.

He was refused bail and will appear in court today.

Police will allege in court that the man was involved in the planning of Ahmad’s death.

A 49-year-old man has already been charged over his alleged involvement in the murder and remains before the courts.

Ahmad had been warned in the weeks before his death there was a bounty on his head.

He had been released on parole last year after being jailed for manslaughter over the shooting death of Safwan Charbaji at a Condell Park smash repair business in 2016. 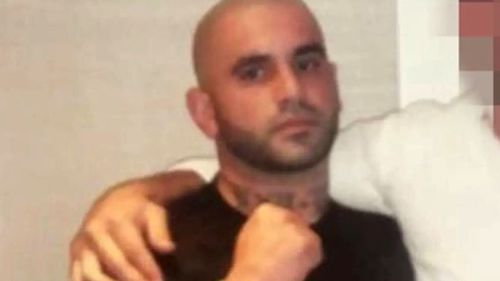