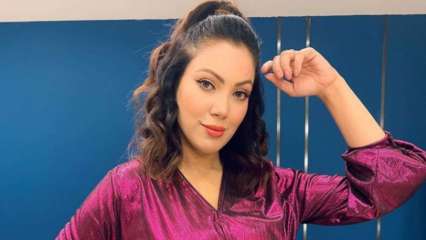 “Taarak Mehta Ka Ooltah Chashmah” actress Munmun Dutta aka Babita Ji was interrogated for four hours at a police station in Haryana on Monday, February 7, according to media reports. The arrest related to a caste remark the actress used in a YouTube video last year. Her comments about Dalit society offended people and the actress even issued an apology after the huge controversy in 2021.

However, an FIR was registered against her at Hissar Police Station in Haryana. According to Dainik Bhaskar’s report, police questioned Munmun Dutta for four hours on Monday and released her on bail later. As per the orders given by the Punjab and Haryana High Court, she had to appear before DSP Investigator Vinod Shankar. On January 28, Munmun Dutta’s request for early bail was also rejected by the special court set up under the SC/ST law in Hisar.

For the uninitiated, the actor had used a caste remark in one of his YouTube videos in 2021. Munmun quickly cut the video after being called out by people on social media. Her controversial comment created widespread furor which led Munmun Dutta to issue an apology saying she was “really misinformed about the meaning of the word”.

His apology, posted on Twitter, read: “This refers to a video I posted yesterday in which a word I used was misinterpreted. It was never said with the intent to insult, intimidate, humiliate or hurt anyone’s feelings.”

“Due to my language barrier, I was genuinely misinformed about the meaning of the word. Once I realized its meaning, I immediately took the part down. I have the utmost respect for every person of every caste, creed or gender and recognize their immense contribution to our society or our nation,” she added.

“I would like to sincerely apologize to everyone who was unintentionally hurt by the use of this word and I sincerely regret it,” she concluded.