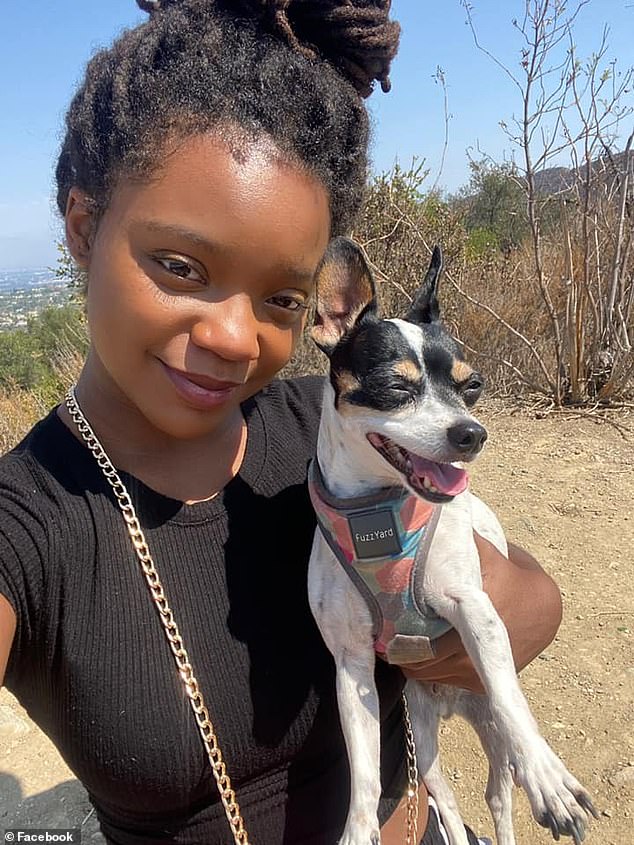 Actress Jaida Benjamin was found safe in Studio City, Calif., after being reported missing over the weekend.

There were growing concerns for her safety after it was revealed that the actress suffered from bipolar disorder and schizophrenia.

It is not yet known how she was found or why she disappeared.

She was last seen on Saturday a few blocks from where she was finally found.

Her missing poster had been shared by her family on social media – along with celebrities including Viola Davis, Brandy, Zoey Deutch and Porsha Williams.

Her mother Jocinda Benjamin took to Instagram on Monday to share a flyer with information about her missing daughter.

She said: “I never thought I would have to do this type of post. My baby is missing, help me find her. I can’t breathe,” adding jaidabenjamin #JaidaBenjamin.

Her aunt Jihan shared an updated flyer from the Los Angeles Police Department that included her description and latest location.

Schizophrenia is a chronic, severe mental disorder that affects the way a person thinks, feels, and behaves. People with the disease may seem to have lost touch with reality.

Heartbroken: Her mum Jocinda Benjamin (left) wrote: ‘Never thought I would have to do this type of post. My baby is missing, help me find her. I can not breathe’

Bipolar: Vincent M Ward said: “Yoòo, if you are in LA and you see this young lady, please call the number. Jaida has played my daughter and I have worked with her many times.”

Whereabouts: Anyone with information on Benjamin’s whereabouts is asked to contact the Los Angeles Police Department’s Missing Persons Unit at (213) 996-1800.

The cause of schizophrenia is not understood and is thought to be a mixture of genetic (inherited) factors, brain chemistry abnormalities and/or possible viral infections and immune disorders .

Meanwhile, bipolar disorder is a brain disorder that causes unusual and often sudden changes in mood and energy levels.

A number of stars have helped raise awareness by reposting Jocinda’s Instagram post on their story, including Erykah Badu, Vincent M Ward and MC Lyte.

Warning: The actress, 27, was dressed in a purple crop top with pink jogging shorts and white trainers when she was last seen (pictured in 2018)

Actor Kendrick Sampson also posted the flyer, adding that she’s had a ‘difficult journey with mental health’ while asking people to ‘keep this in mind as we prioritize and direct our resources around people’ .

Vincent added: ‘Yoòo if you are in Los Angeles and see this young lady please call the number…Jaida played my daughter and I have worked with her many times…Californian friends and family, SHARE Please! Note: she is bipolar + schizophrenic sczephrenic… Thank you.’

Anyone with information on Benjamin’s whereabouts is asked to contact the Los Angeles Police Department’s Missing Persons Unit at (213) 996-1800.

For those who wish to remain anonymous, you can contact Los Angeles Regional Crime Stoppers at 1-800-222-8477 or go to LACrimeStoppers.org.

Talented: Jaida first appeared on Netflix’s Family Reunion in the 2019 series as Kelly, then reprized her role in 2021 (pictured, left, in character)

Screen Star: The episodes were titled Remember How It All Started? (2019) and Remember the Fake Idol? (2021) [Jaida pictured in-character]

Benjamin was born in Charlotte, North Carolina and began her acting career as a teenager in the 2007 TV movie Halloween Special: Bad Things, Good Things.

She would go on to make several guest appearances on The Onion News Network, Austin & Ally, Southland, Liv & Maddie, Stuck In the Middle, Foursome, The Fosters, Insecure, Mad About You and Family Reunion.

Jaida first appeared in the Netflix comedy during the 2019 series as Kelly, before reprising her role in 2021.

She has also starred in films such as Life of a King, Daddy, Murder in the Vineyard, The Step Daddy and Christmas With My Ex, with Devilreaux with Ward and Tony Todd currently in post-production.

Guest star: She then made several appearances on The Onion News Network, Austin & Ally, Southland, Liv & Maddie, Stuck In the Middle, Foursome, The Fosters, Insecure, Mad About You and Family Reunion (pictured in 2014)