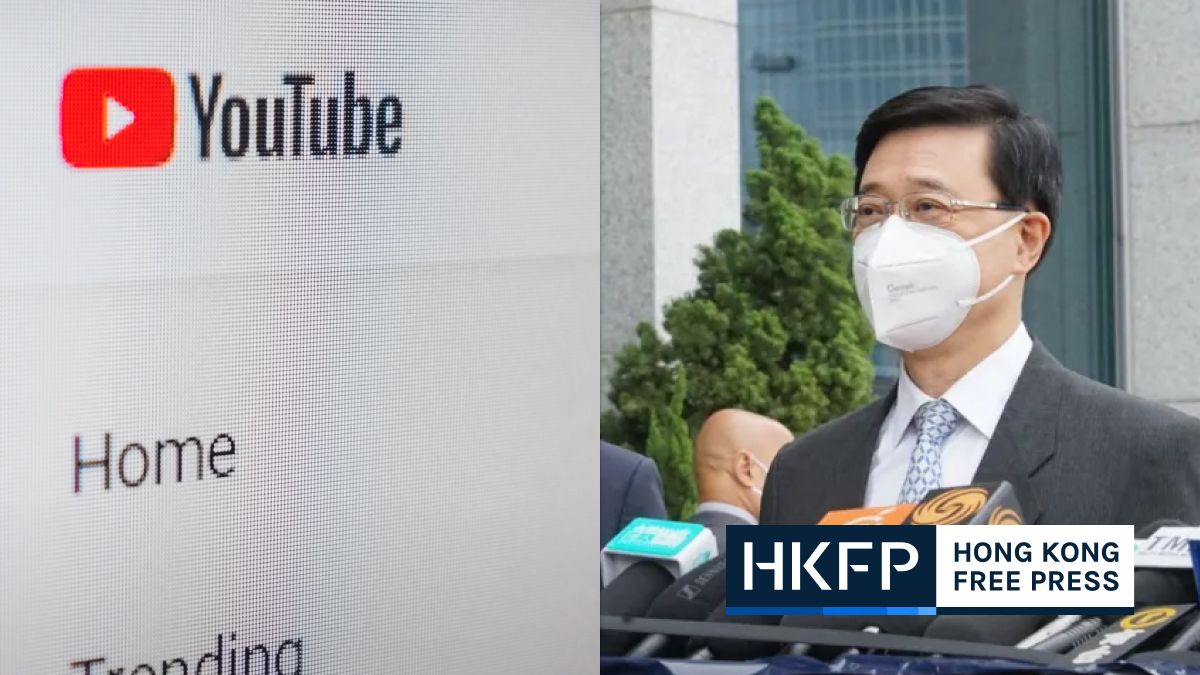 The government has expressed “strong opposition” over Google’s termination of sole chief executive candidate John Lee’s YouTube channel, and condemned the interference of “foreign forces” into the city’s affairs.

“The HKSAR Government and all sectors of society strongly opposed and expressed extreme outrage at any form of interference in the internal affairs of Hong Kong by foreign forces,” a government spokesperson said in a statement on Thursday night.

According to the spokesperson, interference includes “affecting the smooth holding of the sixth-term Chief Executive Election through undermining the freedoms of speech and of the information dissemination, as well as the fairness and impartiality of the Internet.”

The chief executive candidate was among 11 Hong Kong and Chinese officials sanctioned by the US Department of the Treasury in August 2020 for “undermining Hong Kong’s autonomy” and “restricting the freedom of expression or assembly of the citizens of Hong Kong.”

The then-security minister was said to have been involved in “coercing, arresting, detaining, or imprisoning” people under the security law, as well as developing, adopting and implementing the legislation.

Lee hit back at the US, accusing it of being a “hypocrite” that adopted “double standards,” adding that the country had its own laws to protect national security.

Following the the action by the US, social media giant Facebook barred Chief Executive Carrie Lam and other sanctioned officials from using advertising tools on the platform.

In response to an enquiry from HKFP, a spokesperson for Facebook’s parent company Meta said that Lee could maintain “demonetized presences on Facebook and Instagram,” adding that they “have taken steps to prevent the use of payments services.”

Hong Kong is a little over two weeks away from holding its one-horse chief executive race, the first since last year’s electoral revamp. The overhaul saw the pro-establishment Election Committee expanded to 1,500 members and the introduction of vetting by the police force’s National Security Department.

Lee, the city’s former number two official, is running unopposed. Announcing his candidacy earlier this month, Lee said he would lead with a “results-oriented approach,” but has yet to publish a manifesto.

According to his campaign’s Facebook page, Lee held online meetings with around 80 members of the Election Committee on Thursday, among them industry representatives from the hotels, food and beverage, and tourism sectors.