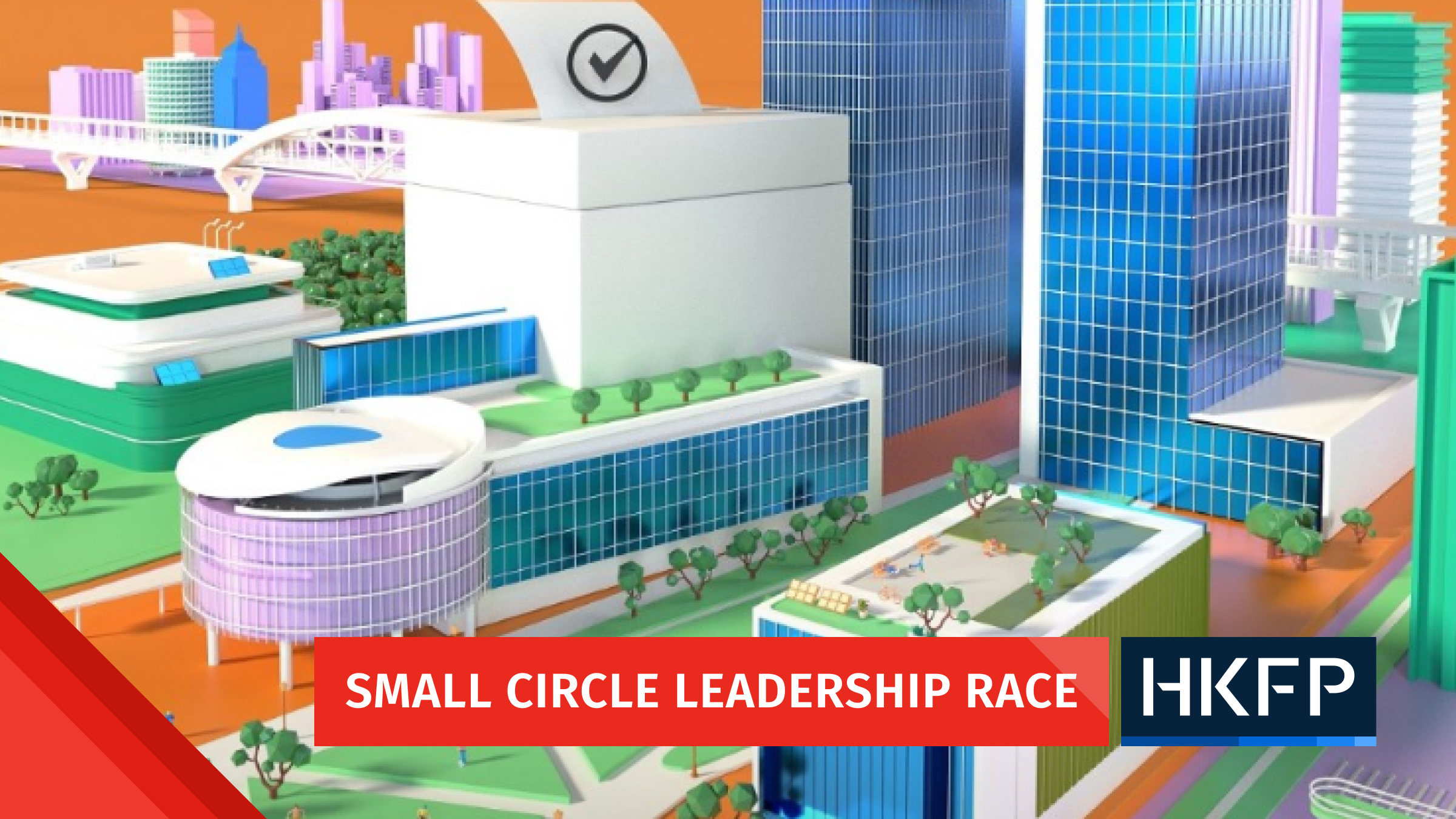 Hong Kong’s chief executive elections have long been dubbed small-circle races, with only members of the Election Committee allowed to vote for the city’s leader.

This Sunday’s contest – in which former chief secretary and security chief John Lee runs unopposed – marks the first such race since Beijing imposed sweeping changes to the electoral system to ensure that “patriots” govern Hong Kong.

See also: How almost everyone running for Hong Kong’s new election committee will get a seat automatically

As part of the restrictive overhaul, the Election Committee was expanded from 1,200 members to 1,500. However, the move did not necessarily increase democratic representation of the pre-vetted committee.

The Election Committee is comprised of representatives of various industries, such as accounting and financial services, grassroots groups, and members of national organisations, as well as Hong Kong delegates to China’s top decision making bodies.

Under the overhaul, the total number of registered voters in the sector tasked with choosing Election Committee members dropped from 257,992 in 2020 to just 7,971 in 2021

The move meant that many individual voters were no longer allowed to cast their ballots, instead, they were represented by corporate voters.

For example, registered teachers and people with close connections to schools, such as school directors, used to hold individual votes. Following the electoral overhaul, these were largely eliminated. Instead, corporate votes are held by each school in the city, from kindergartens to universities.

In subsectors once dominated by pro-democracy candidates, such as the education and legal subsectors, the voter base shrunk dramatically as corporate votes absorbed individual votes.

The number of seats was also slashed in several industries. The social welfare subsector, another pro-democracy stronghold, originally held 60 seats in the Election Committee – it now has 30.

In many subsectors, the proportion of elected seats decreased.

An analysis by HKFP showed that 603 out of 1,500 seats in the Election Committee were uncontested, and only 413 election candidates – running in 13 of the 36 electable subsectors – were part of a contested race in the election committee election held last September.

The city’s pro-democracy camp won a majority in 17 out of Hong Kong’s 18 District Councils in the District Council election held in 2019, months into the protests that erupted against an axed extradition bill in June that year. The local election was the last fully democratic race held in the city.

Their sweeping victory would have secured them a total of 117 spots on the committee which chooses the city’s leader. But all district council representative seats were removed from the Election Committee in another significant move by Beijing.

Aside from systemic changes to the election, the implementation of the national security law led to the prosecution and detention of dozens of prominent democrats, with others leaving the city or shying away from politics.

Hong Kong’s major pro-democracy parties, such as the Democratic Party, the Civic Party, and the League of Social Democrats, did not take part in the Legislative Council election held in December last year.

Out of 90 seats in the legislature, only one self-proclaimed “non-pro-establishment” candidate, founder of centrist party Third Side Tik Chi-yuen, was elected.

As Tik was also an elected representative in the Election Committee from the social welfare subsector, all but one of the 1,461 confirmed committee members are from the pro-establishment camp.

While democrats never secured a majority in the Election Committee, they were able to hold enough spots to nominate at least one candidate in previous leadership races from 2007 onwards.

Former lawmaker and chairperson of the Civic Party, Alan Leong, became the first democrat to the nominated for the leadership race in 2007 after the pan-democrats were able to secure around one-eighth of the 800-seat Election Committee.

Albert Ho of the Democratic Party became the second pro-democracy candidate to run in a leadership race in 2012, against Leung Chun-ying – who later won – and former chief secretary Henry Tang.

All three candidates also participated in two election debates. In the end, Ho secured 76 votes, while Leung won with 689 votes.

In the 2016 Election Committee election, the pro-democracy camp came up with the “Democrats 300+” plan to try and secure over 300 seats. They eventually secured 325 spots – over a quarter of the 1,200-member committee.

The democrats planned to prevent the re-election of Leung Chun-ying, who – in the end – did not run in the 2017 race. They split their nominations between two candidates – former financial secretary John Tsang and retired judge Woo Kwok-hing.

The majority of the group decided to support the former financial secretary, and said that they would not vote for current Chief Executive Carrie Lam.

With the democrats absent from the current Election Committee, former chief secretary John Lee became the sole candidate in the 2022 chief executive contest. He was the only person to submit nominations to run.

The 64-year-old is also the first sole leadership candidate who will still have to face a vote.

There have been two uncontested chief executive races in the past. Hong Kong’s first chief executive Tung Chee-hwa was automatically elected for his second term when there were no other contenders, as was his successor Donald Tsang in 2005.

However, following an amendment passed by the Legislative Council, automatic election in uncontested leadership races was abolished in 2006, meaning that Lee will have to secure over 750 votes supporting his candidacy despite having no opponents. Voters on Sunday can cast ballots to either support, or not support, Lee.

Many, if not the majority, of the city’s pro-establishment figures have expressed their intention to vote for Lee, including the largest pro-Beijing party, the DAB.

With Lee already securing over 750 nominations, the focus on the election has shifted from whether the former chief secretary will secure enough votes during Sunday’s small-circle race, to whether Lee will break the record of receiving the most votes.