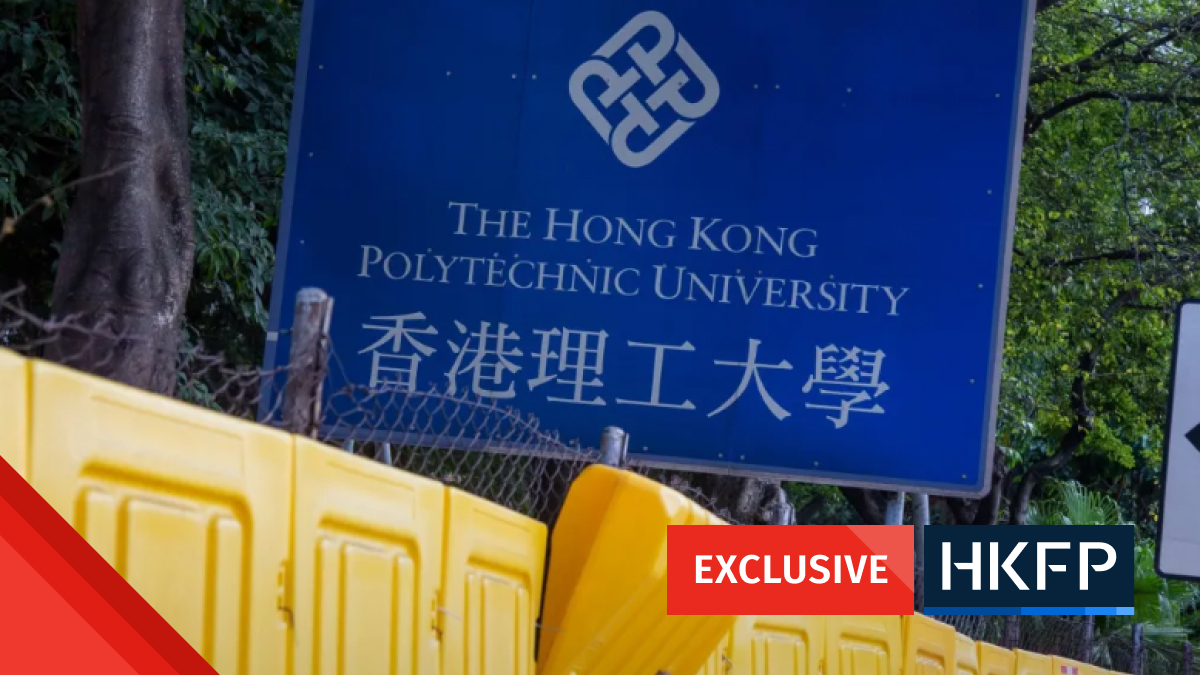 The top student body of Hong Kong’s Polytechnic University (PolyU) will vote on whether to dissolve on Wednesday, HKFP has learned.

The “Red Brick Society” was formerly known as “PolyU Student Union” before the school cut ties with it in April. They said a lawyer had made the recommendation to disband citing the Beijing-imposed national security law.

An executive member of the group told HKFP on Monday night that the vote will only need support from three quarters of the members present at the meeting to be passed. The student body lowered the threshold the pass motions a few months ago, they said.

“We simply do not have much function or power left after the university cut ties with us, therefore a lot of members agree that it would be better if we dissolve with honour,” the executive member – who did not wish to be identified – told HKFP.

The university ordered the 28-year-old students’ union to stop using the university name and resources, and to vacate the campus by July 15.

At the time, PolyU said that the requirement was in place to safeguard the university’s reputation and interests, and cited the Hong Kong Polytechnic University Ordinance which requires any organisation to seek PolyU’s authorisation in order to claim association with it.

The campus was the site of fierce police-protester battles during the 2019 pro-democracy demonstrations and unrest.

In June 2020, Beijing inserted national security legislation directly into Hong Kong’s mini-constitution – bypassing the local legislature – following a year of pro-democracy protests and unrest. It criminalised subversion, secession, collusion with foreign forces and terrorist acts, which were broadly defined to include disruption to transport and other infrastructure.

The move gave police sweeping new powers, alarming democrats, civil society groups and trade partners. It has been cited by the city’s educational institutions in cases relating to students’ unions and the removal of artworks from campuses. However, the authorities say it has restored stability and peace to the city.