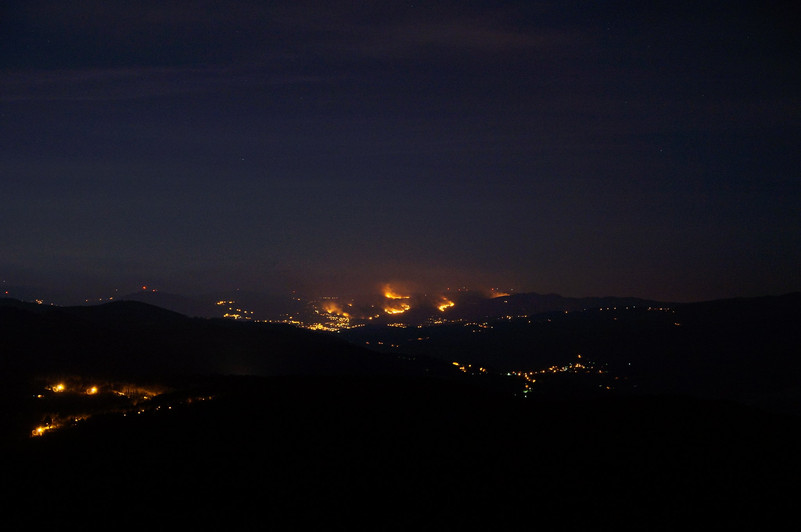 The destruction from wildfires in Europe is likely to hit a new high since recording-keeping began in 2006.

Some 660,000 hectares of land has been burned from the start of the year until 13 August, according to figures from the European Forest Fire Information System (Effis).

The figure is a 56-percent increase compared to the previous record set over the same period in 2017, when 420,913 hectares burned.

But Effis, in a tweet on Sunday (14 August), also said that “the situation is improving all over Europe.” It still noted however a “very extreme danger” in parts of Spain, including Andalucia, Aragón and Catalunya.

And it highlighted “extreme danger” remains forecasted in areas of Belgium, France, Germany, Portugal, Spain and the UK.

The worst affected is Spain, which on Sunday evacuated some 1,500 people in towns in the north east.

Heat, along with high wind and a dry spell, have only augmented their intensity with recent data showing that almost two-thirds of Europe is in a drought. The dry spell could be the worst in 500 years if it surpasses the 2018 record, warned an official from the European Commission Joint Research Centre.

France, for its part, last week demanded aid from other EU states through the EU civil protection mechanism.

The European Commission helped coordinate a response by mobilising four airplanes from a firefighting fleet stationed in Greece and Sweden.

Firefighting teams were also sent from Austria, Germany, Poland and Romania to help their French counterparts. The fires last week had forced some 10,000 people to flee around Bordeaux.

France had also recorded its driest July in more than 60 years, with just 9.7 millimetres of rain.