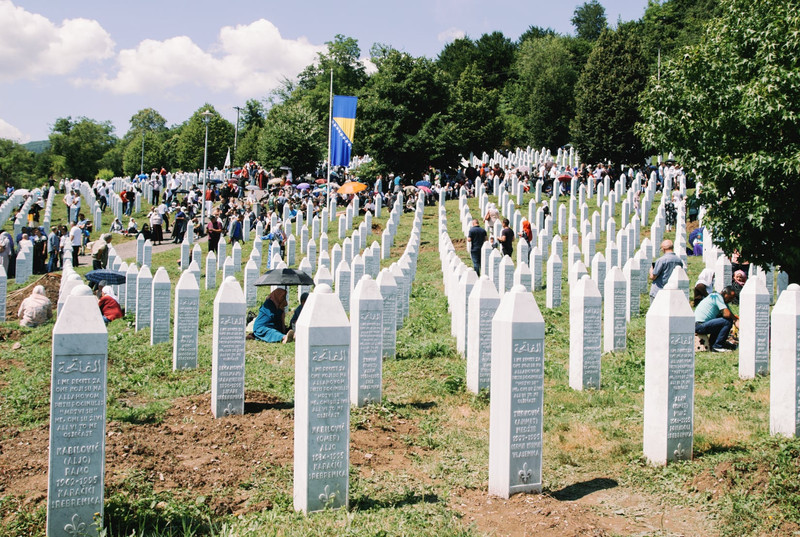 Thirty years ago this week, the three-years war in Bosnia-Herzegovina started, killing more than 100,000 people in three years.

The worst single atrocity happened in Srebrenica in the east, where over a few days in July 1995 Bosnian Serb soldiers killed more than 8,000 Bosniak men and boys.

They are ready to push the country to the brink of collapse for their separatist agendas and personal interests.

As Socialists and Democrats, we have been calling for a long time for the European Union to be more active to end this crisis, including through pressure and sanctions against those who boycott the state institutions.

The EU has an obligation to protect Bosnia-Herzegovina’s territorial integrity, unity and peace, and prevent a return to the violence of the 1990s.

But to play a stronger political role in Bosnia-Herzegovina, Europe must urgently regain its credibility in the whole Western Balkans region.

It is striking how disappointed with the EU the people of the region are becoming. Trust in the EU is dropping.

For example, perceptions of the EU as North Macedonia’s biggest ally fell sharply from 43.2 percent in 2019 to 13.1 percent in 2021, according to the Institute for Democracy — Societas Civilis. One reason for that is Europe’s inaction. Or even worse: broken promises.

When Athens and Skopje agreed on the historic Prespa Agreement four years ago to solve a 27-year-long dispute that was only superficially about North Macedonia’s name, it opened an exciting opportunity: to start bringing the Western Balkans into the fold of the Union — and, by doing so, sow the seeds of peace and prosperity for millions of people.

But we did not keep our word. The EU has still not opened accession talks either with North Macedonia or with Albania, although it has said again and again that both countries have done everything that we have required of them to start the negotiations.

Putin’s war against Ukraine and European values must be a wake-up call for the EU to urgently re-commit to the Western Balkans.

Further delay in the EU enlargement process will make the region more vulnerable. Several regional and global powers have a growing political and financial interest in thwarting the European ambitions of all six Western Balkan republics.

Russian foreign interference and disinformation campaigns have already made their mark, particularly in Bosnia-Herzegovina, Montenegro and Serbia, where we have seen demonstrations of support for the Russian Federation following Putin’s attack on Ukraine.

Serbia’s dependence on Moscow goes so far that the government even refused to align with the EU sanctions against Russia. If the Serbian authorities do not change their course after last Sunday’s elections then it should have consequences for the country’s EU perspective.

But in any case, Europe should not give up on the region. More than ever, we need EU commitment and action in the Western Balkans to counter Russia and China’s interference campaigns that spread anti-EU sentiment and attempts to destabilise the whole region.

We urge the heads of state and government of the European Union to finally open accession negotiations with Skopje and Tirana.

We strongly believe that once the negotiations are open, the influence of Russian disinformation, as well as populist groups and parties backed by Russia, will decrease, and pro-democratic and pro-European forces will focus on necessary reforms towards European membership.

The enlargement process, properly conducted, will be a motor for changes for democracy, media freedom, civil liberties and the rule of law — the values that Putin has denied to Russians for years and for which Ukrainians are now forced to fight.

The future of the Western Balkans lies in the European Union, in the rule of law, liberal democracy, social justice and the innovative vigour of an open society.

EU membership and, importantly, the thorough and ambitious negotiations on the way to it offer the only guarantee that the citizens of the six nations will at some point in the not-too-distant future enjoy these benefits. Europe must not disappoint them.