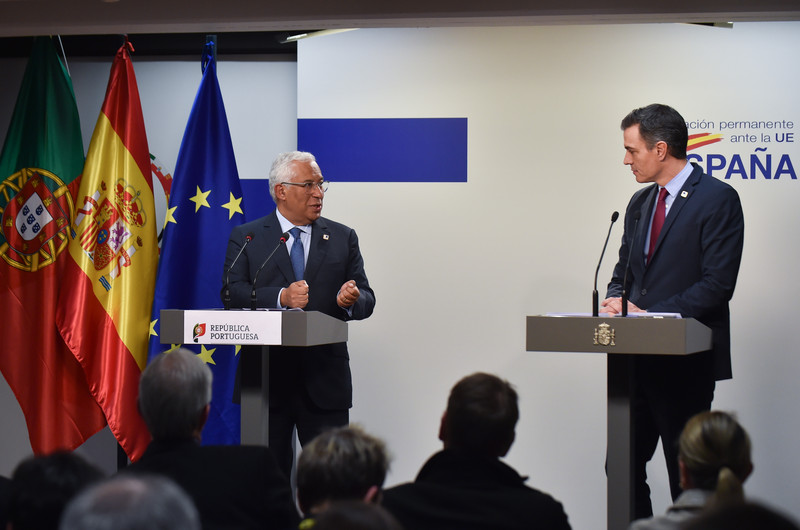 Spain and Portugal will both propose to Brussels this week a package of emergency measures, including a price cap on natural gas, in a bid to reduce the impact of energy prices on families and companies.

But Madrid and Lisbon will have to wait for the EU Commission to evaluate and approve the plans before any such measures can kick in.

These “exceptional and temporary” measures would have immediate effect on electricity bills, Spanish prime minister Pedro Sánchez said on Monday (28 March) when he announced the €16bn plan to cushion the impact of high energy prices on Spanish families and businesses.

Sánchez said the price cap proposal would be approved by the commission “within a very short period of time.”

However, there is still no clear timeline foreseen. The EU executive merely said on Monday that it will assess the measures “without delay”.

The announcement follows a discussion about the energy crisis at last week’s summit with EU leaders, who struggled for over 10 hours to find a common solution to the problem of rising gas prices.

After an intense debate, leaders agreed to grant Spain and Portugal the chance to set their own electricity prices.

The “Iberian exception” responds to the special situation in these member states where there is a high load of renewables but very few interconnections with the rest of Europe, turning these countries into what Sánchez described as a sort of “energy island”.

The EU commission will examine whether emergency measures are compatible with EU law.

With the war in Ukraine pushing energy prices even higher, the EU currently stands at a crossroad between the need to minimise the impact of energy prices on consumers and ensuring that changes in the EU’s electricity market do not undermine its performance.

Spain, Belgium, Portugal, Italy and Greece have all been calling for intervention in Europe’s energy markets to cap prices or decouple the price of electricity from the soaring price of gas. But some fellow EU member states, including Germany, Austria, and the Netherlands, do not want to overturn long-established market liberalisation, in place since 2009.

Following calls from several EU countries for a European electricity market, leaders agreed to task the commission with examining the EU’s internal electricity market and carbon market — and present measures by May.

Brussels will study if any changes are needed to adapt the market to new technologies, especially given the increase of the share of renewables in the electricity market.

The electricity market is an extremely “intricate machine” and “whatever we come forward with needs to be extremely well-thought through,” a commission spokesperson said on Monday, pointing out that short-term measures should not create knock-on effects or supply disruptions.

Any attempt at decoupling the electricity market price from the gas price should be carefully designed, according to experts.

“If, for example, caps were imposed on the offers of gas-fired power stations on the electricity market to reflect the actual gas sourcing costs of these players, many of whom still hold long-term procurement contracts not indexed to the spot gas price … this might reduce the supply of electricity in the market, pushing prices further up,” Alberto Pototschnig, an economist at Florence School of Regulation, told EUobserver.

Gas and electricity prices were already high in the months leading to the Russian invasion of Ukraine, but the uncertainty related to the war has exacerbated price volatility.

This situation has prompted calls for a common European strategy similar to the one modelled in the Covid-19 pandemic for the acquisition of vaccines.

EU leaders agreed last week to jointly buy gas — on a voluntary basis — as part of efforts to mitigate the impact of high energy prices and reduce their dependence on Russian fossil fuels.

The EU aims to reduce its imports of Russian gas by two-thirds this year and phase out its oil, gas and coal trade with Moscow by 2027.