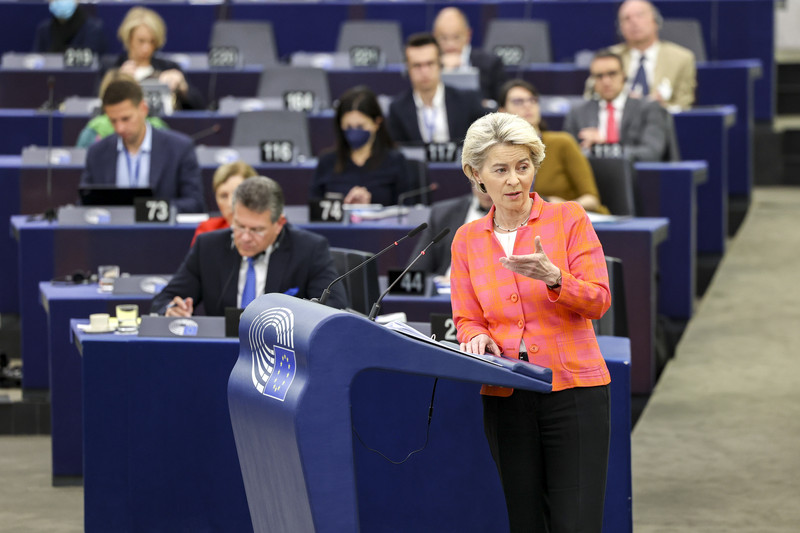 Overall, 12 member states are directly affected by gas-flow reductions and disruptions — prompting the bloc to prepare an emergency plan to secure enough gas supplies for next winter.

“If the worst comes to worst, then we have to be prepared,” she warned.

The proposal, based on national emergency plans and due to be presented in two weeks time (Wednesday 20 July), aims to put forward a coordinated approach to reduce energy demand plus a solidarity mechanism to ensure that gas supplies arrive where they are most needed, von der Leyen said.

The main objective, however, is to avoid the chaos previously seen during the first months of the Covid pandemic, where there were 27 different national solutions to a common problem. “This was not the way to go,” von der Leyen said.

Italian prime minister Mario Draghi has called for an EU-wide gas-price cap on exports from Russia, but such measures are not expected to be included in the emergency plan.

As the G7 has agreed to explore the idea to put a limit on the price of Russian oil, von der Leyen argued that this may be the right place to discuss such a proposal, under “special circumstances”.

“When the crisis will probably arrive in winter and Nord Stream 1 will no longer probably deliver gas, we need a legally-binding mechanism of solidarity in the EU,” said German MEP Manfred Weber, leader of the group for the centre-right European People’s Party.

During the debate in Strasbourg, Weber called on the Czech Republic to convene an extraordinary summit to discuss the looming gas crisis, as Prague has just taken over the EU Council rotating presidency for the next six months.

Prague announced shortly after that there will be a summit on 26 July to discuss winter preparedness.

Energy security will be one of the key priorities of the Czech presidency, as the war in Ukraine has triggered widespread concerns over potential shortages in the coming months.

But Fiala also highlighted that EU member states must have the flexibility to choose their own energy mix since EU member states present different levels of dependencies on Russian fossil fuels.

“There is no one single solution,” he said.

Under the €300bn REPowerEU plan, the bloc committed to filling gas storage facilities up to at least 80 percent of their capacity before next winter.

EU gas storage levels are currently above 55-percent capacity, but it is unclear whether the safe threshold will be reached.

“We are ready to work on coordinating gas stocks ahead of the coming winter and to promote voluntary joint purchasing,” said Fiala, arguing that without common coordination, landlocked countries like the Czech Republic “will suffer the most”.

The Czech Republic is 97-percent dependent on Russian gas.

The EU has been looking for potential alternative sources for gas imports since the beginning of the war in Ukraine, given that Russia’s stockpiles account for about 40 percent of all its gas imports.