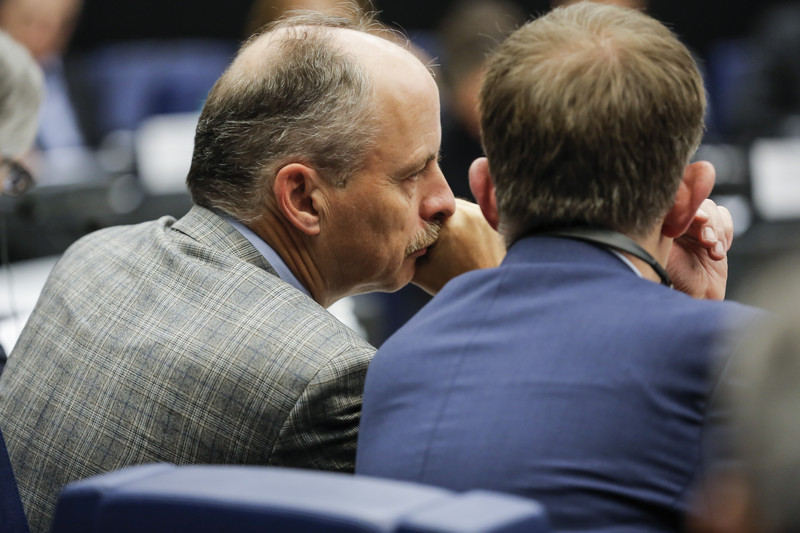 The top echelon of the European Parliament could on Monday (12 September) appoint the new head of the EU institution’s administrative wing.

The secretary general of the European Parliament is one of the most powerful éminence grise positions within the EU bubble — although little known to the wider public.

And while the secretary general is an administrative role, the selection has always been a highly-political affair, and inherently politicised since the top official is picked by politicians themselves.

According to very concise parliamentary rules, the secretary general is appointed by the so-called ‘Bureau’ of the parliament, which includes the president, the vice-presidents and the quaestors, who deal with administrative matters.

The current, controversial, German top official Klaus Welle steps down after 13 years at the end of this year.

And according to parliament officials, the Bureau’s — not public — agenda for Monday includes “human resources”, which means the MEPs will hear from the four candidates with each giving a presentation, and whose names are also not officially public.

“It is up to the politicians whether they will want to make a decision [on Monday],” said one source, who spoke on condition of anonymity because of the sensitivity of the issue.

The top candidate is Alessandro Chiocchetti, the head of cabinet of the current European Parliament president Roberta Metsola, who hails from the centre-right European People’s Party (EPP), the largest group in the parliament.

Chiocchetti has served with former parliament president Antonio Tajani, also from the EPP, an ally of Italian political giant Silvio Berlusconi, and also worked with Welle.

“There is a deal among the other political groups,” said another source, also on condition of anonymity. That deal is includes the liberal Renew Europe and The Left, according to sources.

As part of the deal, a new Directorate General for Parliamentary Democracy Partnerships was created to secure a majority behind Chiocchetti.

One of the vice-presidents of the parliament, Green MEP Heidi Hautala told EUobserver it would be “joke” if after the presentation of the candidates on Monday there would be no in-depth interview by the Bureau members, and take a “hasty decision”.

Such a swift procudre based on the package deal would be “underestimating the parliament, and damaging the reputation of the parliament”.

“I put all my trust in her [Metsola] integrity, as she has declared she wants an open and fair election based on interviews by the Bureau members,” Hautala added.

Sources close to the Socialists & Democrat also said the process was rushed, as Welle only steps down at the end of 2022, and there is no need to push through the new appointment now.

While the S&D, the second-largest group in the parliament, have criticised the EPP-affiliated Welle, they had not put forward a candidate of their own, and they are outnumbered by the other parties already in agreement.

Officials in Metsola’s corner respond that the move is not rushed, Welle needs to be replaced, and it would have been strange not to launch the process.

Officials cite Chiocchetti’s almost 30-year experience in the parliament as proof of his qualifications.

Welle himself was the head of the cabinet of then parliament president Hans-Gert Pöttering from the German Christian Democrats (CDU) before becoming secretary general.

However, Transparency International EU this July criticised the parliament, saying “such blatant displays of institutional corruption will only serve to further undermine trust in Europe’s legislative assembly”.