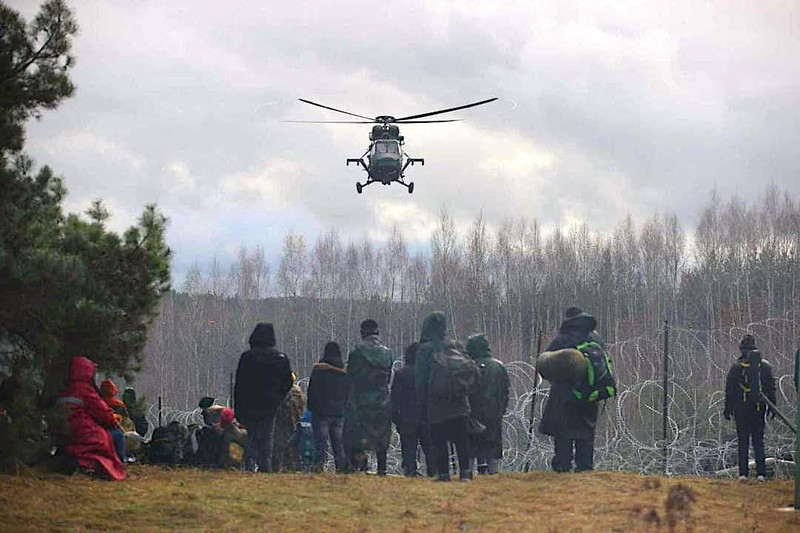 This World Refugee Day (20 June) the global picture on displacement is darker than ever before.

With a record 100 million people forcibly displaced from their homes, and some 83 percent hosted in low- and middle-income countries, it’s clear that immediate action is needed to protect refugees trapped in vulnerable situations.

In this context, the EU’s response to people fleeing Ukraine has offered a glimmer of hope and demonstrated powerfully something we have long known: the EU is perfectly capable of welcoming refugees with humanity, dignity and respect, in a way that supports their inclusion and integration.

However, the stark reality is that people arriving in Europe fleeing equally devastating crises around the world, including Afghanistan and Syria, continue to face a very different reality — often left to languish in camps for months or years, met with walls rather than welcome, and isolated from their local communities.

It’s time for the EU to learn lessons from its principled and effective response to the Ukraine crisis, and finally put in place a fair and humane asylum system that upholds the rights of all refugees — regardless of their country of origin.

A key tool to achieve this is refugee resettlement — one of the few safe and regular pathways for vulnerable refugees to reach the EU, and an important expression of solidarity that can alleviate pressure on major refugee-hosting countries such as Lebanon, Ethiopia, Jordan and Uganda.

Yet, alarmingly, as the number of people in displacement reaches record highs, the gap between global needs and the EU’s resettlement efforts is growing fast.

Last week, the International Rescue Committee joined six other civil society organisations to raise the alarm on refugee resettlement — warning that unless the EU urgently reinforces its commitment to resettlement, some countries’ programmes risk being placed on hold, delayed or downscaled.

This backsliding is partly a result of additional pressure on EU asylum systems and a lack of long-term planning around reception and resettlement programming.

However, these programmes were dealt a further blow by Covid-19, which all but brought resettlement to a halt in 2020 when only 8,314 refugees were resettled in EU member states — far short of the EU (plus UK’s) target of 30,000.

This target was rolled over into the following year, but even as international travel began to resume in 2021, Europe welcomed only 15,660 refugees through this route, accounting for just 1.1 percent of global resettlement needs.

Still today, most European resettlement programmes have not returned to their normal scale. This year, states have agreed to resettle over 20,000 refugees, on top of admitting 40,000 Afghans at risk between 2021-2022.

Yet, so far, just 4,075 resettled refugees have arrived in EU countries since the start of January. At this time of rapidly mounting needs, this is simply not good enough.

Every single delay and shortfall leaves vulnerable refugees trapped in limbo, often with devastating impacts on their mental and physical health and wellbeing.

The IRC’s experience from the US shows that, once resettlement systems are allowed to shrink or be dismantled, it is costly, complex and time-consuming to rebuild them. Here’s how the EU can reverse this dangerous trend, and make resettlement the success story it once promised to be.

First, the EU must recognise that targets matter. Member states must work towards meeting their current resettlement commitment to resettle 20,000 refugees in 2022, on top of fulfilling their pledge to welcome nearly 40,000 Afghans at risk.

Second, EU leaders must make bold new pledges for the future in line with their existing commitments to grow Europe’s resettlement programmes year-on-year. It is realistic and achievable for EU states to resettle at least 40,000 refugees in 2023, including renewed pledges for priority situations like Afghanistan.

Third, Europe’s limited reception capacity continues to be a major challenge, as we’ve witnessed in the response to arrivals from Ukraine.

It’s critical that EU leaders strengthen reception and integration measures — not only to build a strong foundation for resettlement programmes, but to expand the EU’s long-term capacity to protect and support refugees and asylum seekers.

The IRC believes it is well within Europe’s ability to welcome 250,000 refugees through resettlement by the end of 2025, once structures have been properly scaled up.

Lastly, the EU has an opportunity to send a strong political signal in support of refugee resettlement by swiftly adopting the Union Resettlement and Humanitarian Admission Framework (URF).

By rallying behind this important piece of legislation, the European Parliament and member states could establish a more structured and predictable EU resettlement policy that is able to withstand future shocks.

This World Refugee Day, EU policymakers must build on their current efforts towards protecting and welcoming people fleeing Ukraine. In just a few weeks, member states will be invited to begin making resettlement pledges for 2023.

They should seize this chance to breathe fresh life into these important programmes, rather than allowing them to fade out, along with the dreams of more than 1.47 million refugees awaiting resettlement who are relying on this route for a chance of a brighter future.