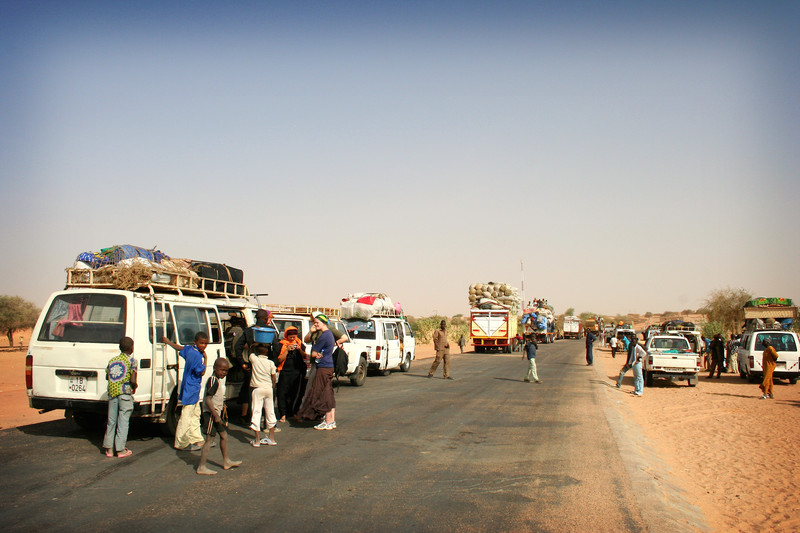 The EU is exploring ways to further crack down on irregular migration at its overseas missions, including the use of “specialised teams”.

Such missions are part of the EU’s so-called Common Security and Defence Policy (CSDP) currently found in places like Niger, Libya, Mali, Somali, Iraq and elsewhere.

An internal paper labelled as a “mini-concept” over the summer explores additional ways to stop unwanted people from coming to Europe.

It proposes the use of “visiting experts” as well as a “specialised teams” to help turn the hosting countries into well-equipped border police states.

This includes setting up “pre-frontier situational awareness and monitoring”, a likely code for intelligence gathering. They would also be used to train border police and develop investigative methods and tools to crack down on migrant smuggling.

Part of those plans also aims to give the missions “semi-executive functions”, enabling them to provide direct support to police and carry out joint investigations.

In a sign of the sensitivity of the idea, the paper insists that “national authorities should assume ownership” and that mission personnel “should always respect the host state’s laws”.

The EU missions are located in regions often rife with conflict.

Those in Sahel and Libya are already currently mandated to help stop migrant departures towards Europe, while in Somalia, Iraq and the Central African Republic are more geared towards tackling root causes of migration.

Others in Mali are mandated to shore up border management to stem migrant smuggling.

In Niger, the EU has been helping authorities since 2016. But with Agadez, a city in Niger seen as a major smuggling hub, the mission’s mandate was recently extended for another two years.

The EU’s border police Frontex also has a liaison officer in Niamey and a risk-analysis cell used by national authorities, funded by the EU.

But the “mini-concept” paper, drafted the EU’s foreign policy branch, wants to go further. This include feeding and sharing more information between the missions and EU agencies, as well as sending in border and policy experts.

This poses a slew of questions over rights, since the EU’s migration policy relies on despotic regimes.

And the EU mission to Somalia is helping the Somaliland Coast Guards to stop migrants, as well as supporting Interpol’s national central bureau in Mogadishu.

Its migrant-smuggling centre already has an information clearing house used to provide a criminal intelligence picture of smugglers. Frontex, Interpol and the EU’s naval operation Irini also use it.

In 2018, Europol invited a Libyan delegation to visit the headquarters in The Hague to discuss operations.

The EU has for years been assisting the Libyan authorities in their wider efforts to prevent people from departing on boats across the Mediterranean.

But the country is a hotbed of abuse, including reports of rapes and murder, throughout its detention centres, some of which are run by Libyan militia.