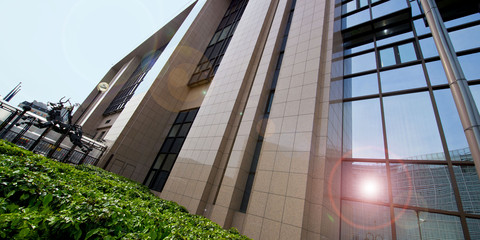 EU ministers failed to agree on a revised new Code of Conduct for tax rules on Tuesday (7 December).

In a debate last Friday by EU diplomats in the so-called Coreper II group, these two countries put their foot down and refused to accept the new code, EUobserver previously reported.

“Blocking the Code of Conduct may be a way of improving their negotiating position in the vote for a minimum tax,” Chiara Putatouro, tax policy advisor at Oxfam international told EUobserver last week.

“[This is] yet another example of why we need a different instrument than [the Code of conduct group] to tackle tax competition,” policy advisor Johan Bernardo Langerock tweeted on Tuesday.

The secretive group consists of representatives from all EU member states and have been tasked with enforcing tax rules.

Theoretically, they should lead the charge against corporate tax evasion, but their track record has not impressed experts.

The group has failed for years to update EU tax rules – drafted in 1997 – to the 21st century, resulting in €160bn in lost tax income annually, according to the Organization for Economic Cooperation and Development (OECD).

An assistant law professor at the University of Leiden, Martijn Nouwen, recently uncovered and analysed 2,500 confidential documents from the Code of Conduct group.

Nouwen told EUobserver last week that these documents show how ineffectively the group functions, mentioning that some member states – the Netherlands and Belgium especially – continuously block more ambitious tax rules, with larger member states like Germany and France then failing to pursue the issue.

He also explained that the proposed rules are “basically a sham” – leaving open the most impactful accounting tricks companies use – but said he expected member states to probably work something out because it “does not amount to much.”

But on Tuesday, EU finance ministers simply shot down the proposal.

Working groups will now prepare new rules in the coming months, the Slovenian minister of finance Andrej Šircelij said at a press conference.