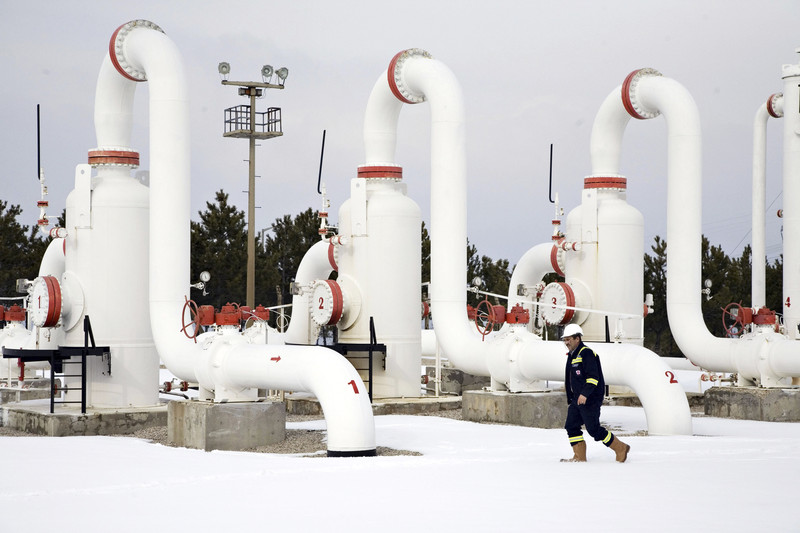 EU leaders will meet on Monday (30 May) and Tuesday (31 May) with a special focus on Ukraine and getting off Russia oil and gas supplies.

EU leaders are gathering in the afternoon a 4PM on Monday after EU ambassadors meet in the morning to try to find a compromise on a Russia oil embargo between member states.

Hungary has been the most vocal opponent of agreeing to a Russian oil ban by the end of the year as it is exposed great to Russian energy supplies.

On Tuesday, leaders are expected to discuss defence and food security with the participation of Africa Union chairperson Macky Sall via video.

MEPs on the agriculture committee will also discuss on Monday the so-called solidarity lanes, on how to help Ukraine to to export grain.

Meanwhile, Denmark on Wednesday (1 June) will hold a referendum on the abolition of the defence opt-out from EU policies.

Danish voters will decide whether to join military forces with the EU, as for now Denmark stands outside all EU-led interventions abroad.

In light of the Russian invasion, the defence reservation has come under scrutiny, and a 30-year policy might be changed.

In March, the Danish government announced an agreement on an updated national security policy.

“For me, as prime minister, it is a value-based decision to join the collaboration without reservation,” Danish prime minister Mette Frederiksen said at the time.

A poll last wee showed that 59.1 percent of respondents intend to vote in favour, while 40.9 percent are opposed.

In the European Parliament, MEP in the economic committees on Monday is set to discuss the Covid-19 recovery fund, and how its distribution among EU countries is going.

EU Commission president Ursula von der Leyen plans to travel to Poland on Thursday (2 June) to unblock the Covid-19 recovery fund allocated for Warsaw which has been put on hold for concerns over judicial independence.

While some MEPs have criticised the commission for approving the recovery plan with only what critics deem are cosmetic changes by the Warsaw government to the judicial overhaul, EU officials point out that Poland needs to meet benchmarks to actually access the funds.

Also on Monday, MEPs on the civil liberties committee will discuss the temporary protection directive, activated on 4 March to offer those fleeing the war in Ukraine decent reception in EU countries.

MEPs will discuss with Frontex on how the EU’s border agency is being managed following the resignation of former executive director Fabrice Leggeri.

On Friday (3 June), EU foreign ministers are set to discuss trade issues. They will focus on trade ties with China and the US, and are also expected to talks about where the reform of the World Trade Organisation stands.