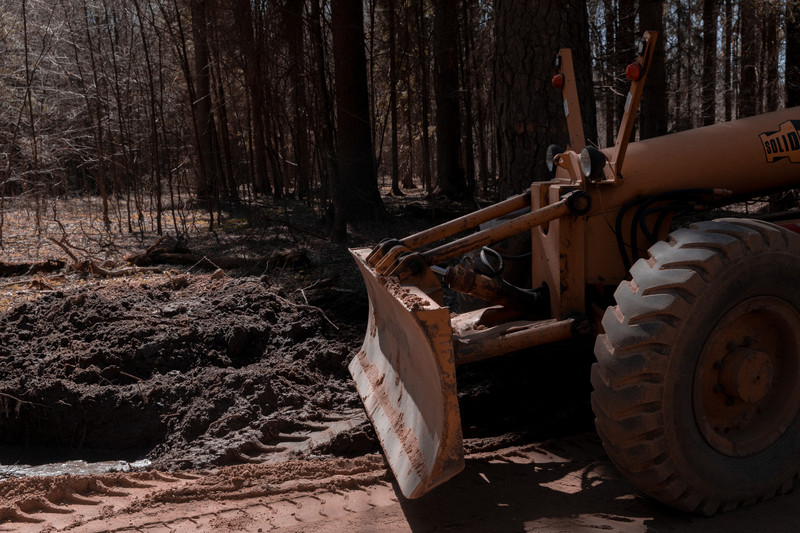 “It is clear that under EU law we can protect both the environment and public safety,” said the home affairs commissioner, Ylva Johansson on Thursday (5 May).

She said “overriding public safety” exemptions may be used by member states to damage protected environments under the EU’s Habitats Directive.

Johansson did not explicitly support the wall, noting instead that Poland must prove there are no alternatives — and compensate for the environmental impact.

Poland is spending €353m on the 5.5m high wall, which it says is needed to keep Belarus from sending over people from places like Afghanistan and Iraq.

Tens of thousands, including women and children, attempted to cross last year.

Many were and continue to be illegally pushed back into Belarus. According to the International Organization for Migration, at least 22 people died last year in the attempt.

Others have been detained in asylum centres, including some who have gone on hunger strike given the conditions.

Poland has also banned journalists and humanitarian aid agencies from entering a so-called exclusion zone near the Belarus border.

Locals who live near the zone risk fines and lengthy prison sentences if caught helping people lost in the woods.

Johansson’s statements are also likely to rile environmentalists and academics who in early February petitioned the commission to act.

Bialowieza is a primary forest, spanning some 141,885 hectares, and is home to 12,000 animal species including the largest population of European bison.

Although construction started in early January, it took the Brussels-executive until late April before sending Warsaw a letter demanding how the wall complies with EU environmental law.

“As soon as the Polish government sends us a reply, we will update you on this important issue,” Johansson told the European Parliament plenary session in Strasbourg on Thursday.

But MEPs accused the commission of foot-dragging on the issue, given that the wall is already nearing completion.

“The commission says that the situation is complex and requires analysis. We heard the same thing when the rule of law was violated in Poland and Hungary,” said Polish Green MEP, Sylwia Spurek.

Speaking on behalf of the group, Polish MEP Elżbieta Katarzyna Łukacijewska said the wall was pointless because it wouldn’t stop people from trying to enter somewhere else.

Journalists can enter Ukraine where they risk getting killed but not the Polish exclusion zone “for the sake of their safety”, she said.

“This raises many doubts and ambiguities,” she said.

Others in Poland are also critical of the wall, including the regional president of Terespol, Krysztof Iwaniuk, who also lives in a town of the same name that straddles the Belarus border along the Bug river.

“I don’t understand this wall. It gives me the chills,” he told EUobserver in a recent interview, noting he had helped tear down the Berlin wall in his youth.