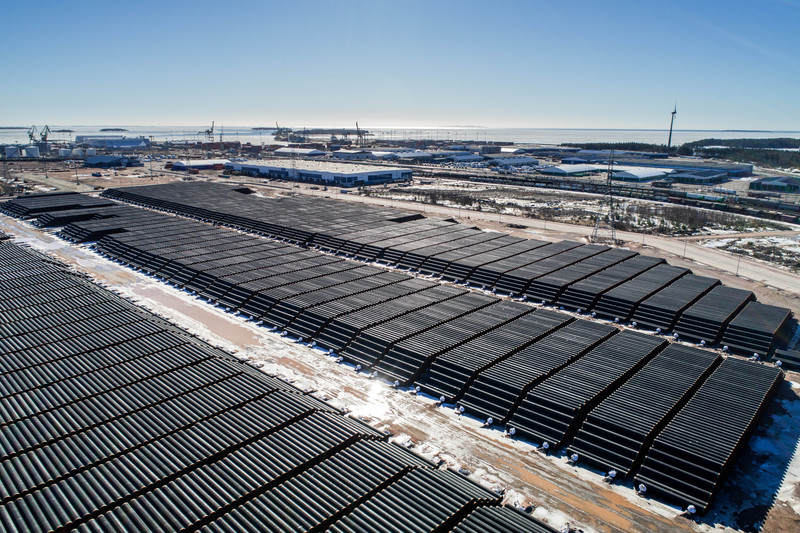 The EU wants to diversify its energy supplies and increase imports of renewable hydrogen as part of its efforts to wean the continent off Russian gas, according to a draft communication on the EU’s new external energy policy — due to be unveiled next week.

“The invasion [of Ukraine]… has profound implications for [the] EU’s energy policy and its energy relations with international partners, exposing the links between energy security and global stability,” reads the internal document, seen by EUobserver on Wednesday (11 May).

Europe’s awakening from Russian fossil-fuel dependency has forced the 27-nation bloc to rethink the future of the EU’s energy sector — amid a dramatically changed geopolitical reality as a result of the war in Ukraine.

In early March, the commission unveiled RepowerEU, an ambitious plan that aims to reduce its imports of Russian gas by two-thirds this year and phase out its energy trade with Moscow by 2027.

With the bloc’s climate policies under the Green deal and RepowerEU combined, the EU estimates it could save €80bn on gas, €12bn on oil and €1.7bn on coal import expenditures per year.

To replace these gas volumes, significant non-Russian supplies will have to be procured — amid skyrocketing energy prices.

Unless the rollout of renewables is sped up, cutting Russian gas supplies could cost an additional €203bn of extra energy spending by 2030, a new analysis by climate think-tank Ember and Global Witness found.

But the EU is also looking at Canada, Egypt, Israel, Nigeria, Senegal and Angola to increase LNG supplies to Europe — while working with Japan and Korea to redirect LNG cargoes in the future if needed.

Norway, Europe’s second-biggest gas supplier, has already increased supplies to the EU and both Algeria and Azerbaijan are also willing to do the same, according to the EU commission draft communication.

The geo-strategic importance of the Shah Deniz field in Azerbaijan has been identified as a potential supply source for Europe — with plans to double the capacity of the Southern Gas Corridor, which connects Azerbaijan to Europe, to 20 billion cubic metres per year.

Nevertheless, the EU said that gas cooperation should be linked to long-term energy cooperation on hydrogen and other clean energy sources.

An additional 15 million tons of renewable hydrogen — on top of the 5.6 million tonnes foreseen by the EU Fit for 55 package — could replace 25-50 billion cubic metres per year of imported Russian gas by 2030, according to EU Commission estimates.

This includes 10 million tonnes of imported renewable hydrogen which the EU expects to buy from countries including Norway, the UK, Saudi Arabia and Japan.

In the framework of the upcoming UN climate talks in Egypt (COP 27), the EU is also expected to launch the Mediterranean Green Hydrogen Partnership to promote local production and consumption of renewable electricity and renewable hydrogen.

Additionally, the EU wants to promote energy efficiency as a global priority — launching an international pledge for building renovations and investments in energy savings.

Other proposals expected to come next week include accelerating the permit-granting process for renewables in order to boost offshore wind farms and roll out large scale solar projects in EU member states.

With war raging in Eastern Europe, the EU is also expected to prepare the REPowerUkraine initiative in a bid to support the reconstruction of the country and energy sector.