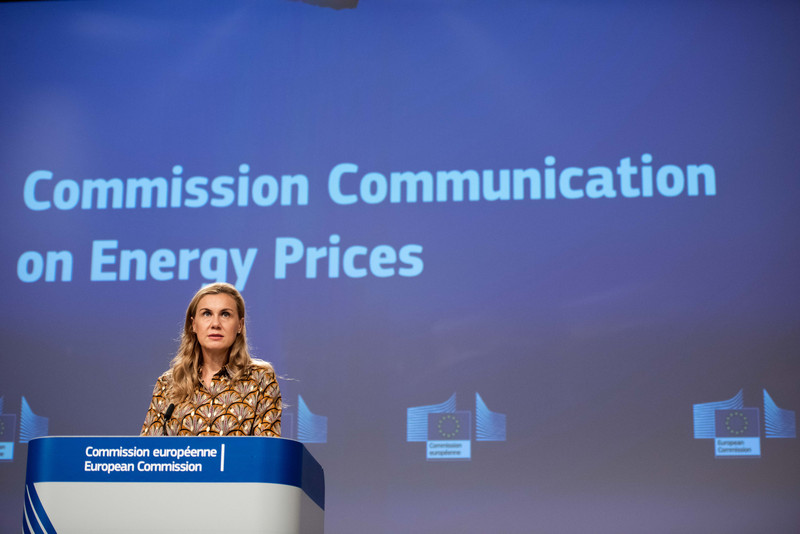 EU energy ministers met for an extraordinary council meeting to discuss a unified European response to the energy crisis and the growing likelihood of a total Russian gas embargo this winter.

Speaking at the end of a “difficult discussion” on Friday (9 September), Czech industry minister Jozef Sikela outlined four likely measures that will be implemented “before the end of the month.”

These include a cap on excess revenues made by energy companies, a plan to use less electricity and gas, a solidarity “levy” on fossil fuel companies and temporary liquidity support to struggling companies.

“Putin expected to divide us. He did not and will not succeed,” Sikela also said.

There was, however, some distance between Sikela’s account of the meeting and that of energy commissioner Kadri Simson.

While Simson left open the possibility of a price limit on Russian gas only, Sikela said a price limit would be imposed on all imported gas.

Likewise, Belgian energy minister Tinne van der Streaten tweeted “a clear signal” was given to the commission that “all EU gas imports,” should be capped, not just gas coming from Russia.

Simpson, however, said, “nothing had been decided yet.”

She also reminded the room that a price ceiling for all gas imports limits the EU’s ability to compete for overseas gas imports from non-Russian sources.

“A general price cap could present a security of supply challenge, and LNG is a competitive global market,” she said. “Right now, it is important to replace Russian supply that will be needed during the winter months.;”

She also said the commission will “intensify” negotiations with member states “who are most-dependent on Russian gas,” and who are also likely to oppose a price ceiling on Russian gas alone, fearful of repercussions.

As EU negotiators continue to iron out differences, most individual member states have already implemented support measures, which according to think tank Bruegel amount up to €400bn.

The solutions pursued by member states so far vary wildly.

“I am going to make a point today that we need to save energy,” Dutch state secretary Hans Vijlbroek said at arrival, a point supported by the German and Irish energy ministers.

Greece, which spends 3.7 percent of its GDP in support measures to shield businesses and households against rising prices — more than any other EU country — has boosted the burning of highly-polluting lignite for power production, from 10 to 20 percent.

“Either we agree on a plan to help households or we surrender to the will of a totalitarian state,” Greek energy minister Konstantinos Skrekas said.

Another energy meeting will likely be planned before the end of the month, Sikela said.