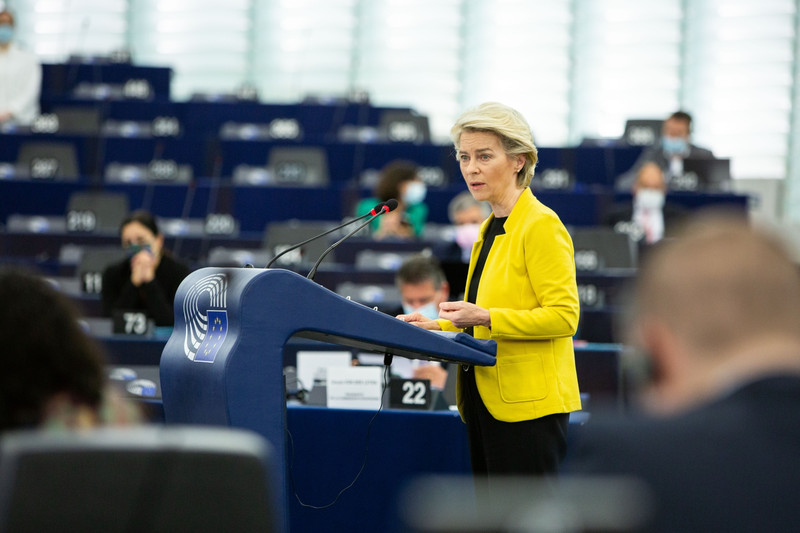 The EU Commission on Wednesday (4 May) proposed that member countries stop importing Russian oil, in the sixth round of sanctions against Moscow for its brutal invasion of Ukraine.

Commission president Ursula von der Leyen said EU states should phase-out crude oil imports within six months, and refined oil by the end of the year, to minimise the impact on the European economy and global supply chains.

EU governments still need to agree to the plan, which would mark a watershed moment, as the bloc is highly dependent on Russian energy.

Russian imports account for 27 percent of oil-imports to the EU and are a major source of revenue for the Kremlin. Almost 70 percent of all oil is used for transport.

Slovakia and Hungary has demanded additional flexibility, as they almost completely rely on Russian energy imports.

“And let’s be clear, it will not be easy because some member states are strongly dependent on Russian oil, but we simply have to do it,” the German commission chief said of the proposal.

The commission is also proposing to sanctions high-ranking military officers and individuals, “who committed war crimes in Bucha” and are responsible for the “inhumane siege in Mariupol,” von der Leyen said.

“We know who you are, you are not getting away with this,” she added.

The commission also plans to shut out more Russian broadcasters, including state-owned RTR-Planeta and R24from the European airwaves.

At the same time, the EU executive also proposed a recovery plan for Ukraine — once the conflict ends — saying there will be a need for hundreds of billions of euros in funding to rebuild.

“They [Ukrainians] are fighting to reaffirm basic ideas, that they are the master of their future, not a foreign leader, that it is the international law that counts, and not the right-of-might, and that [Russian president Vladimir] Putin must pay a high price for his brutal aggression.

“The future of our European Union is also written in Ukraine,” von der Leyen told MEPs.

Ambassadors from the 27 EU governments could adopt the sixth round of sanctions later this week.

Hungary on Wednesday said it had major queries on its energy security in the proposed EU ban on Russian oil.

“We don’t see any plan or guarantee on how even a transition could be managed on the basis of the current proposals, and what would guarantee Hungary’s energy security,” the Hungarian government’s press office told AFP.

Analysts, however, warned that the phasing out could, in the short-term, cause an increase in oil prices, putting a burden on European households.

“The gradual phase-in would also give Russia time to develop new oil exporting strategies,” the Brussels-based Bruegel Institute warned in a opinion note on Monday.

Moscow might retaliate by cutting natural gas supplies to the EU, analysts added.

Kyiv has been arguing that without cutting off energy revenues to Russia, EU sanctions have little tangible effect on the war.

“Ukrainians have watched in disbelief as our partners in the EU continued to purchase Russian fossil fuels, funding war crimes in our country to the tune of €1bn every day. We now finally see action,” Oleg Ustenko, economic advisor to Ukrainian president Volodymyr Zelensky said.