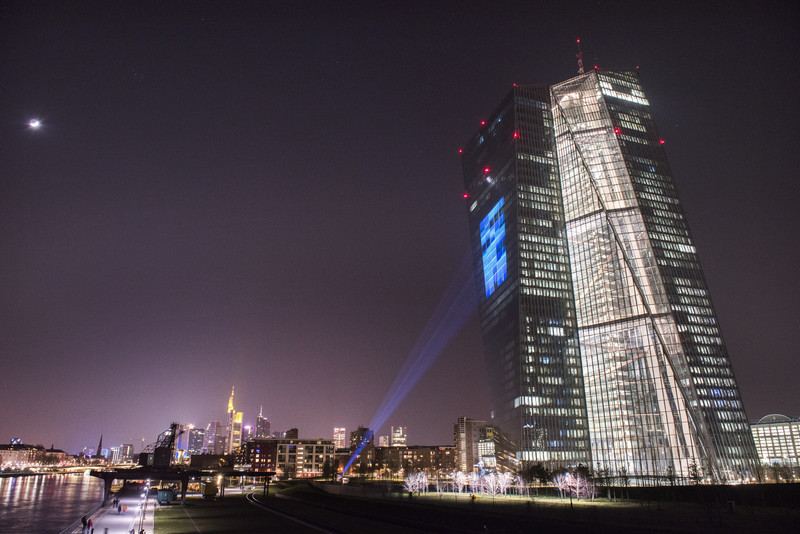 With inflation driving up the cost of living across the continent, governing council members of the European Central Bank (ECB) in a series of speeches and interviews this week broadcasted their disagreement on what may be one of the most consequential monetary decisions facing the eurozone economy this year: the question of interest rates.

To battle inflation, influential executive council member Francois Villeroy de Galhau said on Friday (6 May), borrowing costs may be raised above their current negative level before the end of the year.

Likewise, Finland’s Olli Rehn, Austria’s Robert Holzmann and Belgium’s Pierre Wunsch, known as more hawkish council members, have made a case to increase rates as early as July, with the latter describing higher interest rates as a “no brainer” as early as April.

“Being hawkish has become the new mainstream,” ING’s global head of macro, Carsten Brzeski, in the bank’s monthly economic update for May.

But some council members remained cautious and warned against higher borrowing costs for fear of recession.

In an interview with Italy’s La Stampa newspaper. on Thursday (5 May), executive board member Fabio Panetta said that it would be “imprudent” to raise rates without “fully understanding” how the economy will develop in the second quarter.

“The [Russian invasion of Ukraine] constitutes a significant source of uncertainty, which is acting as a further drag on economic activity,” he said.

Energy and fuel costs have pushed inflation in Europe up to 7.5 percent, which has brought economic growth in Europe to a standstill.

Trade and production of energy-intensive products like cars have all slowed down, and consumers in some countries are spending less, and some warn that increasing the cost of money on the cusp of an economic downturn may make matters worse.

“We should not lose sight of the fact that international factors are fuelling inflation,” Panetta said. “Monetary policy has only limited room to affect this imported inflation.”

The ECB’s government-bond purchasing programme has already slowed down from its pandemic high of €160bn per month to €20bn per month in June this year, which Lane said is to end in the third quarter.

This policy of monetary tightening has driven up interest rates private investors charge for 10-year bonds from zero to 1.5 percent on average, with Italian bonds expected to trade at near three percent and Greek bonds reaching 3.5 percent on capital markets.

Before raising rates, Lane said it is important to “take the time to observe the impact of shifts in financing conditions on inflation dynamics.”

The last time the ECB raised interest rates in 2011, it caused a European debt crisis resulting in highly-indebted member countries — notably Italy and Greece — having to pay double-digit rates on government loans.

The International Monetary Fund estimated Greece will return to its pre-crisis level of income per capita only in 2037, making it one of the most devastating economic crises on record.

Adding to the complexity of the issue is the fact that the euro dropped to its lowest point against the US dollar since 2017, after being valued at $1.05 on Wednesday — a 13-percent drop in a year.

This week, the US ordered the largest interest rate hike in more than two decades, which will drive up the dollar further because it promises investors a higher return on dollar assets.

This puts ECB on the back foot, because a weak euro increases the relative cost of oil, which is traded in dollars, further driving up inflation, which may explain why some governing council members are keen to follow suit, the increased risk of a new European debt crisis notwithstanding.

“The level of the euro matters significantly for imported inflation,” Villeroy said Friday. “A euro that is too weak would go against our price stability objective.”