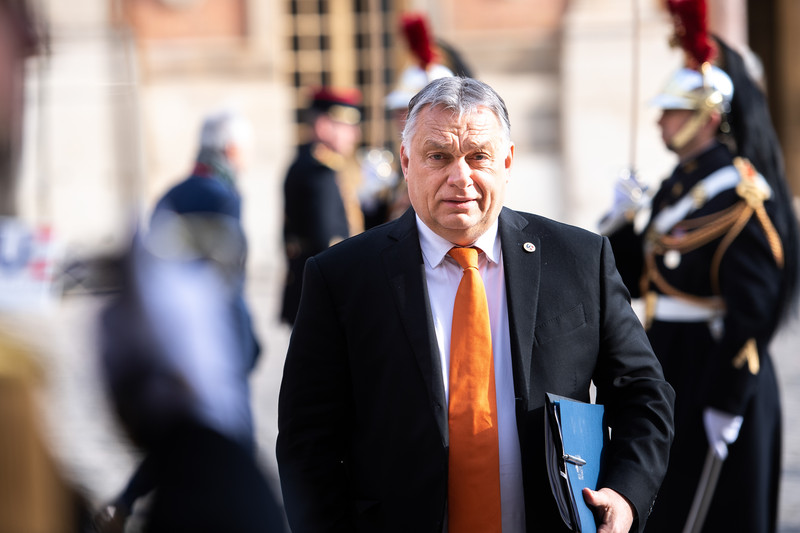 Orbán on Sunday (3 April) won a two-thirds majority in parliament for a fourth time, and crushed the opposition despite efforts to unite against him.

“We have scored a victory so big that it can be seen even from the moon, but definitely from Brussels,” Orbán said in his victory speech.

He then singled out Ukrainian president Volodymyr Zelensky as among those in an “overwhelming force” his Fidesz party campaign had to face, along with leftwing parties and home and abroad, the “Brussels bureaucrats”, the “empire” of US billionaire George Soros, and the international mainstream media.

Dániel Hegedüs, a fellow at the German Marshall Fund in Berlin said the EU can expect Orbán’s balancing act between east and west — what Orbán himself calls a “peacock dance” — to be “on steroids”.

“A much more self-confident Orbán will ask a much higher price from the EU and Nato for his cooperation,” Hegedüs added, saying Orbán will continue to rule out energy sanctions on Russia and will be much more resilient against criticism coming from fellow central European governments, such as the one in Warsaw.

Hegedüs expects a transactional relationship between Orbán and his western partners, forced by the emboldened Hungarian premier.

“He will say if you don’t sanction me, I won’t block you'”, Hegedüs said, adding that the EU will need to do a careful balancing act, because it cannot afford to lose EU unity in the face of Russian aggression.

Hegedüs expects that the EU Commission will let Poland off the hook in terms of rule of law concerns as Warsaw plays a central role in the EU’s united stance against Russia. However, it will not do the same with Hungary, Hegedüs said.

The commission has not yet approved the EU Covid pandemic recovery funds for Poland and Hungary. Those funds are expected to become crucial once the pre-election spending spree, coupled with steep inflation and high energy prices, hit ordinary Hungarians and the budget.

Orbán could attempt again to squeeze out foreign companies in some sectors like retail, where Hungarian ownership is still not dominant, in order to close budget gaps and broaden his circle of loyalists.

Orbán has already used what he called “unorthodox” economic measures after his 2010 election win, which earned his government several EU commission legal challenges.

The nationalist Hungarian premier can also be expected to try to breathe new life into a right wing populist coalition at EU level after his massive victory. It may also stir nationalism at home.

A smaller far-right party, Our Country (Mi Hazánk), which made it to the parliament for the first time, could set some of the most radical agenda for Fidesz, Hegedüs added.

Orbán’s landslide victory is due to multiple factors, including massive media dominance. With its media operation, Fidesz managed to dominate the narrative on the war in Ukraine, on energy price hikes and all other issues.

While Orbán has been scolded internationally for his alliance with Russian president Vladimir Putin, it has not hurt him domestically. Kremlin-inspired propaganda has been pushed by pro-government media onto the Hungarian public.

“It is the propaganda that has won the election for Fidesz,” opposition prime minister candidate Péter Márki-Zay said at the night of the election.

There have been persistent concerns over the fairness of the election, and curbing independent checks and balances.

The elections observers from the Organisation for Security and Co-operation in Europe (OSCE) in their preliminary report published on Monday said that there has been a “pervasive overlap between the ruling coalition and the government.”

“The lack of transparency and insufficient oversight of campaign finances further benefited the governing coalition,” they said, adding that “the bias and lack of balance” in news coverage, the absence of debates between major candidates “significantly limited the voters’ opportunity to make an informed choice”.

“The manner in which many election disputes were handled by election commissions and courts fell short of providing effective legal remedy,” the observers added.