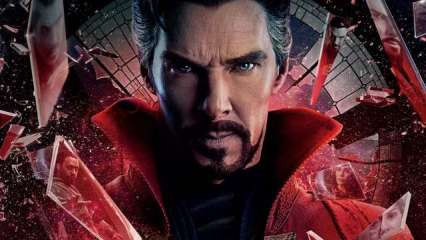 Doctor Strange in the Multiverse of Madness, the latest film in the Marvel Cinematic Universe, is released worldwide on May 6. Similar to other Marvel films, the craze for Doctor Strange 2 has been huge in India and the film starring Benedict Cumberbatch and Elizebeth Olsen in the lead roles has received rave reviews and is successfully set in the theaters across the country.

Doctor Strange 2, as it is popularly known, collected Rs 97 crores during its opening weekend in India, as shared by film industry tracker Ramesh Bala. Taking to his Twitter account on Sunday night May 8, he wrote: “#DoctorStrange 2 grossing $12.7m [₹ 97 Crs] in India for the opening weekend..5th highest international market after Korea, UK, Mexico and Brazil.”

#DoctorStrange 2 gross receipts of $12.7 million [₹ 97 Crs] in India for the opening weekend..

Earlier, fellow business analyst Taran Adarsh ​​revealed that with a collection of Rs 27.50 crore on its opening day, Doctor Strange 2 in the Multiverse of Madness became Hollywood’s fourth biggest debut. in India behind Avengers: Endgame, Spider-Man: No Way Home and Avengers: Infinity War.