Police are investigating after a member of the public discovered the remains of a man in Hale Conservation Park on Tuesday, a short distance from Williamstown.

When Blayze Williams, the daughter of cold case victim Steve Williams, first saw the news she had a glimmer of hope it could be her dad.

The former Gypsy Joker boss, who vanished in 2005, is presumed murdered.

The circumstances of the remains found in the park immediately stood out to his daughter.

“You can’t be found on a walking trail as bones and a bit of clothing and it not be suspicious,” she said.

“People don’t just not notice that.”

A call from Williams to detectives ruled her father out but she said she could relate to the struggles of families like hers.

“There would be hundreds of families sitting around right now waiting for that call or too scared to make that call I did this morning,” she said.

The bones were found by a walker about 60 metres off a trail in thick terrain.

Police said the access point was not far from the car park but there was no sign of an abandoned car.

Forensic experts are analysing the remains but it could take up to a week for any results. 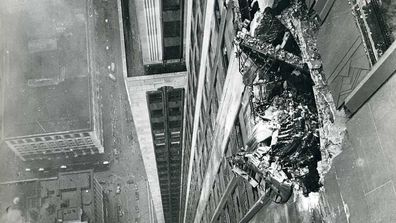 “I think a lot of people underestimate what us families of cold case murder victims and missing people are going through,” Williams said.

“If anyone knows anything about anyone’s cold case crimes, there are so many ways to say things anonymously.”