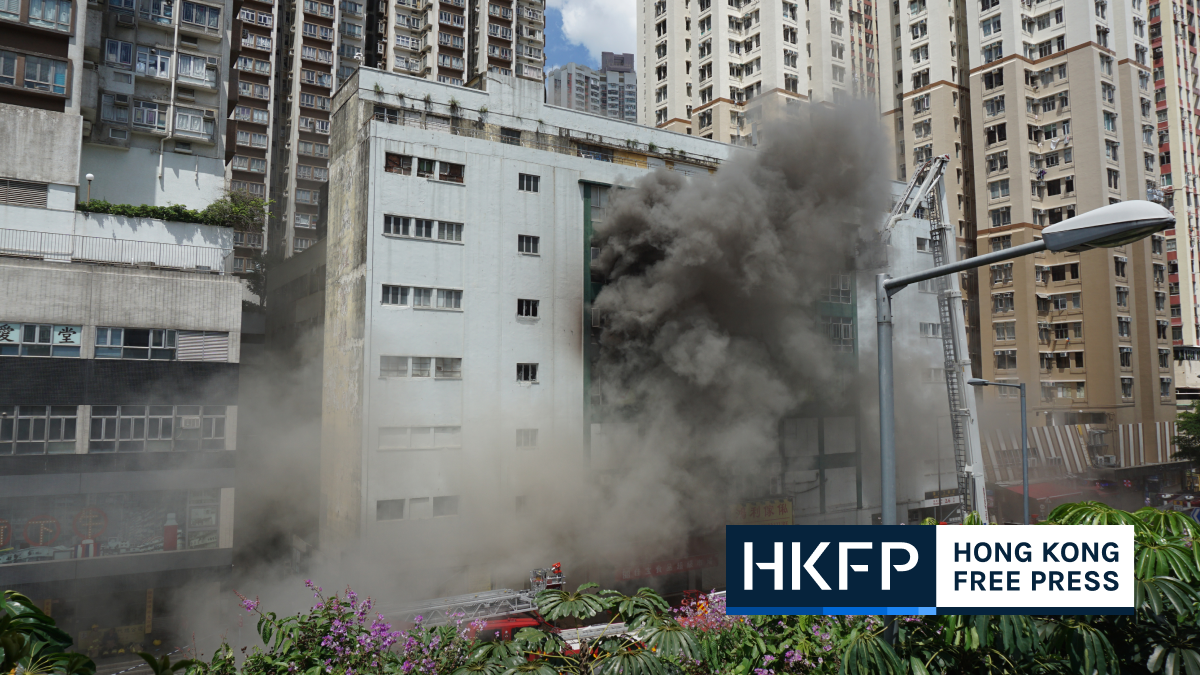 The deaths of two Hong Kong firefighters in a storage unit blaze that burned for five days in 2016 have been ruled as a result of misadventure.

The Coroner’s Court handed down the verdict on Tuesday following a 65-day death inquest that saw dozens of witnesses take the stand to testify on the Ngau Tau Kok industrial building fire, said to be one of Hong Kong’s longest burning blazes in history.

Praising the two firefighters for their bravery, Deputy Coroner Philip Wong said the pair – Thomas Cheung and Samuel Hui – acted heroically in the face of danger, local media reported. They were 30 and 37, respectively.

According to the Judiciary, a misadventure ruling describes situations where a person is engaged in a lawful act that results unexpectedly in death.

Wong also presented a list of 14 suggestions to relevant government departments, the storage unit operator and the property management company that owns the industrial building, regarding safety improvements.

He called on the Labour Department to step up checks on storage units’ fire safety equipment and escape routes, and require storage unit operators to attend a fire safety course. The Fire Services Department, he added, should require frontline commanders tasked to No. 3 alarm fires or higher to take regular fire scene management and supervision classes.

In a statement published on Tuesday evening, the Fire Services Department said that it “conveys its deepest condolences again to the family members of the brave deceased who lost their lives in the course of duty.”

“The department will thoroughly study the recommendations in the verdict to prevent the recurrence of such tragedies,” the statement read.

‘One of the most difficult fires’

The fire broke out on the morning of June 21, 2016, on the third floor of Amoycan Industrial Building at SC Storage. Firefighting efforts – which involved the mobilisation of around 2,900 fire and ambulance personnel – were complicated by the floor’s narrow hallways and maze-like layout.

Mak Kam-fai, chairman of the Government Disciplined Services General Union, said at the time that the storage units were sealed by metal plates with objects stacked to the ceiling. Burnt wiring on the floor also blocked firefighters from entering and leaving the scene.

Mak said the fire was one of the “most difficult” blazes in Hong Kong’s history. The impact of the smoke forced the closure of neighbouring schools.

Cheung, a senior station officer, was found unconscious at the scene the evening the fire broke out, while senior firefighter Hui died on the third day of the blaze. Ten fire personnel were also sent to hospital for medical treatment.

Then-security secretary Lai Tung-kwok defended the fire department’s dispatch of firefighters into the building, claiming that all firefighters have “gone through professional training” and have the knowledge and skills to evaluate the right strategies on the ground.

After the blaze, authorities said that the government would crack down on cases of land lease violations in industrial buildings.