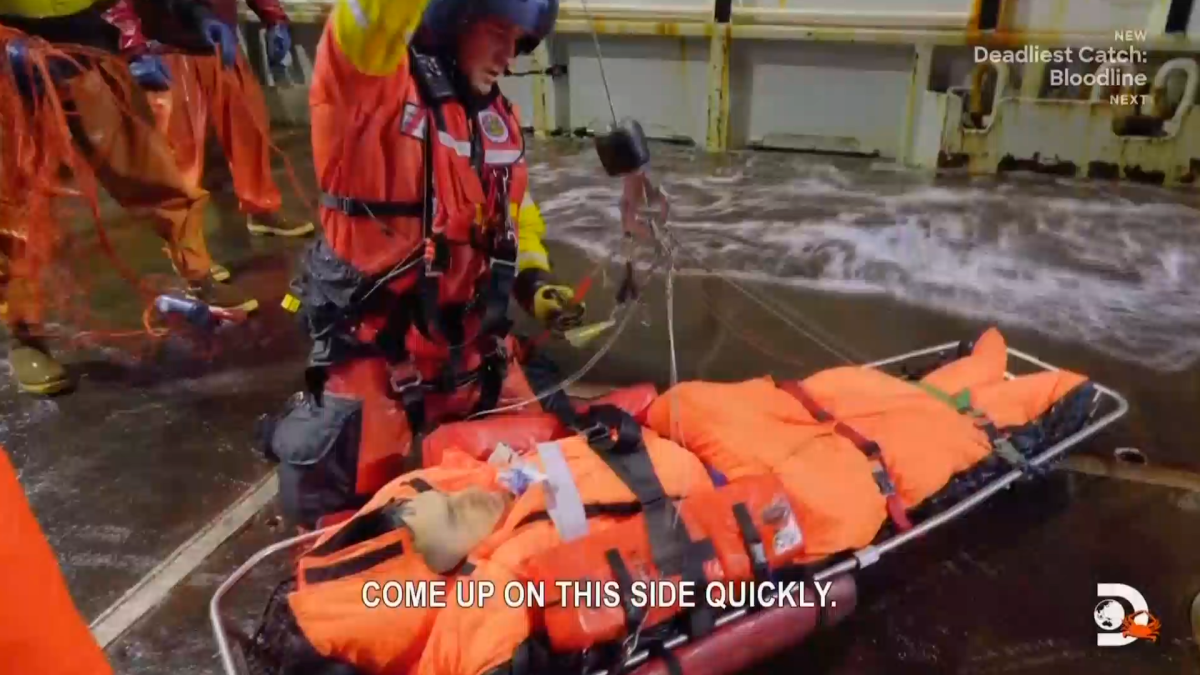 Tuesday was extremely intense as the US Coast Guard battled a severe storm to rescue a seriously injured fisherman. A rogue wave had deckhand Patricia Lee Francis Katangan crushed by 2,000 pounds of steel crab traps. He suffered blunt force trauma to the pelvis and a life-threatening injury to the iliac artery.

While battling Bering Sea storm winds of over 30 knots, a Coast Guard helicopter crew attempted to land a diver on the deck of the rolling vessel. The first attempt to lower a diver failed and the pilot struggled with how best to proceed in such brutal conditions.

“At the end of the day, if the guy dies and we can’t do it, we did our best,” the helicopter pilot can be heard saying. “And I’d rather have one dead than six dead.”

The intensity of the moment was not lost on viewers, especially as the helicopter crew briefed the ship’s captain on how the airmen were on board before attempting a final rescue.

“If we have to give up, we’ll go ahead, we have zero five people in the helicopter,” the pilot told the ship’s captain, Rip Carlton.

The radio conversation between the captain of Patricia Lee and the helicopter pilot could be heard by other boats nearby, and it sent chills through the fleet.

“Do you hear that?” Captain Casey McManus said of the foreigner Cornelia Marie. “It’s scary. He does that so if that helicopter goes down, Rip knows how many guys he’s looking for. It makes the hair on the back of your neck stand on end.

With less than 10 minutes of fuel remaining for extraction, a diver pushed back to the rolling vessel. He quickly strapped the injured fisherman to the basket and guided him as he was hoisted to safety in the helicopter.

In a scene like a superhero movie, the diver exited the boat with less than three minutes of fuel to spare. The rescue stunned viewers and was a prime example of the bravery of the men and women of the United States Coast Guard.

“It was probably the toughest winch we’ve ever done,” the pilot said.

Find out why Rachel Maddow thinks “our daughters” will live in a “very different world” if Roe v. Wade is cancelled: