It was a day like any other at Darwin’s local court with delays, adjournments, pleas and hearings.

But in courtroom one, one of the city’s longest-serving lawyers, John Lawrence SC, delivered an emphatic plea about issues facing the Northern Territory correctional system.

Lawrence, who has worked in the state’s court system for more than three decades, said during open court the conditions in the prisons are “bordering on unlawful”.

“There are men prisoners sleeping on the floor, it’s overcrowded, there are hardly any programs available, there are staff shortages,” he said.

“It is a correctional system that is completely dysfunctional and broken and people need to stand up and alert the community and do something about it.”

Paul Anthony Holland was arrested almost a fortnight ago and has since been remanded in the Darwin Correctional Centre.

The 47-year-old was due to appear in court last Friday but his matter was adjourned due to issues with the prison’s audio-visual link.

Holland refuses to take a COVID-19 test and has been unable to attend court in person.

“The logistics and the dysfunction of this prison are the main reasons why I haven’t got proper access to this client,” Lawrence said.

Today there was yet another setback after Lawrence was unable to reach his client over the phone.

In a theatrical address to the court, Lawrence held his mobile in the air, playing the automatic answering machine from corrections. 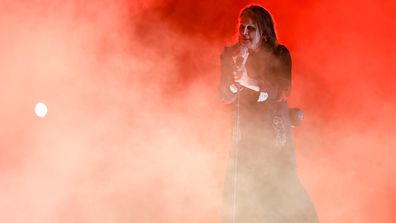 “I’ve been on the phone for 33 minutes. Thirty-three minutes and 31 seconds and we’re supposed to ring now to get a booking,” he said.

“The jail is not functioning. It’s broken.

“It’s bordering on unlawful to put any man or woman in prison the way it’s designed now.”

In response, the judge acknowledged the circumstances as an “inappropriate state of affairs” and told Lawrence, “I would encourage you to ventilate this at the highest level of authority”.

“Our correctional facilities are short-staffed. They’re underfunded and under-resourced,” he said.

In response, a Northern Territory government spokesperson told 9News the government “continues to make significant investments in establishing youth justice programs to address offending and re-offending behaviour with a focus on alternative sentencing and diversion programs”.