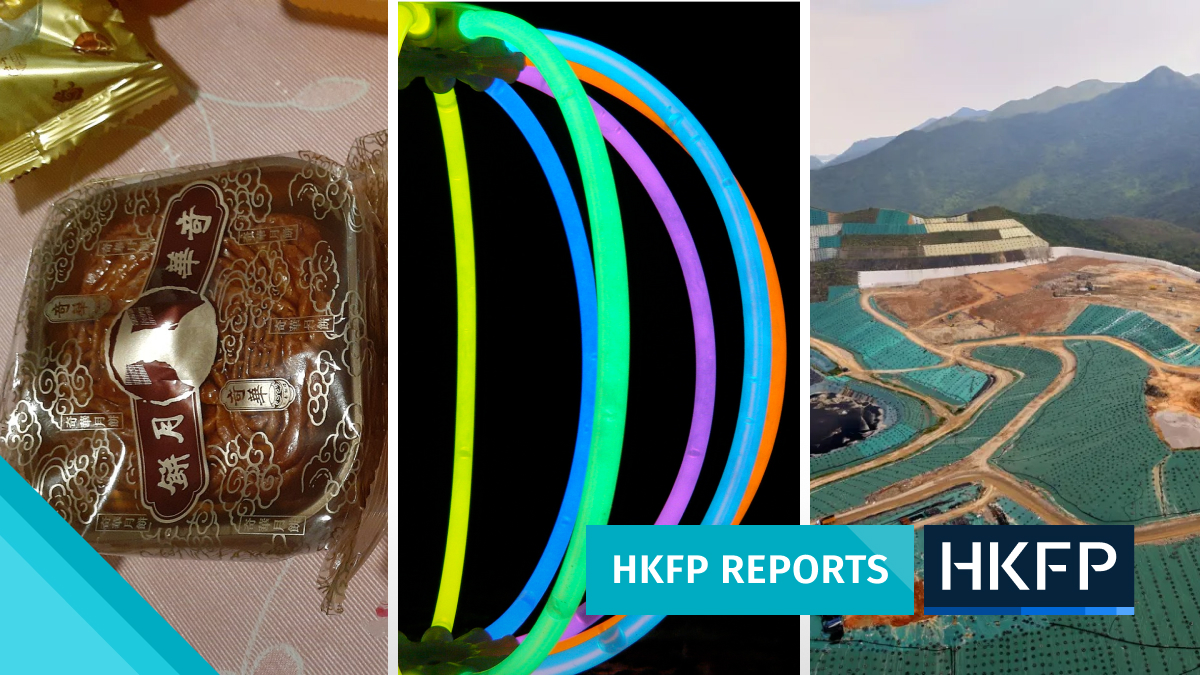 More than 4.64 million unwanted mooncakes were left over from the Mid-Autumn Festival last year, according to estimates from Hong Kong environmental charities Food Grace and Green Community.

The green groups surveyed more than 300 families in July and August about their habits concerning the giving and receiving of the decadent pastry products – a classic Mid-Autumn gift traditionally stuffed with lotus seed paste and salted duck egg, although contemporary takes range from lava chocolate fillings to mochi exteriors.

The results, released last month, showed a 61 per cent increase in unwanted mooncakes compared with the previous year.

While many of those were regifted or donated, 37 per cent of respondents said they threw their surplus away, meaning that more than a million mooncakes potentially made their way to the city’s landfills.

That need not be the case. Several projects have been set up in recent years, both by the government and NGOs, to help tackle food waste, while the Environmental Protection Department (EPD) lists organisations running mooncake donation campaigns on its website.

However, as Dana Winograd, director of operations at environmental charity Plastic Free Seas, pointed out, food was just one element of waste associated with mooncakes and the Mid-Autumn Festival more broadly. “Mooncakes come with packaging as well, which if not recycled will end up in landfills, and our landfills are filling up very quickly,” Winograd told HKFP.

She urged people to choose mooncakes with minimal packaging, where possible, and “be sure to recycle the mooncake packaging.” Metals and cardboard can be placed in street-side recycling bins or those at residential blocks, Winograd said.

“Avoid packaging with thin plastic film wrap as this may be less likely to get recycled than rigid plastic. The rigid plastic inserts will have a better chance of getting recycled if you take them to a Green@Community facility,” she added, referring to a citywide network of 160 EPD-run recycling points.

The manager of the Oceans Plastics team at WWF-Hong Kong, Ronia Sham, echoed Winograd in suggesting that Hongkongers forego overly packaged mooncakes, or choose those with recyclable packaging.

“These new and fancy designs usually use a mixture of cardboard, plastics, non-woven fabrics, and other materials,” Sham told HKFP, adding that they can be hard to separate and recycle.

“Without getting back into the recycling system, this packaging can only be disposed [of], thus increasing the burden of the currently overwhelmed landfill and the chance of leaking into the natural environment,” Sham said.

“The same problem happens in the massive number of plastic lanterns and glow sticks being used in the festival – they are not recyclable due to their designs and the materials used,” she added.

And because families often flock to beaches for Mid-Autumn festivities, Winograd said these items can often end up polluting the sea.

“After every Mid-Autumn Festival we see an increase in the number of glow sticks and the small plastic connector pieces washed up on beaches across Hong Kong,” Winograd said. “Glow stick packaging often contains a warning that the liquid inside them may irritate the eyes and skin, and should not be ingested, and this chemical should also not end up in the marine environment.”

According to Sham, “Such a process not only alters the natural habitat of wildlife, but also continues to increase our demand for extracting resources from nature to make new products, and worsens the climate problem we are currently facing.”

Glow stick packaging, which Winograd described as “excessive,” was also a problem. Both Sham and Winograd said that the popular Mid-Autumn products should be avoided.

As for lanterns – a staple of festival celebrations – the green campaigners agreed that people should steer clear of the single-use variety, although some can be recycled at Green@Community facilities. “Consider lanterns with designs that can last longer and can be reused in the future, consider paper lanterns instead of plastic ones,” Sham said.

“[Try] making your own out of waste materials you can find at home. Use lights with rechargeable batteries in your lanterns,” Winograd suggested.

The EPD has made efforts to educate the public on reducing waste during Mid-Autumn Festival. “Messages have been posted on the Big Waster Facebook and Instagram pages since end August to encourage the public to recycle mooncake packaging materials (such as metal, plastic, and paper) at suitable recycling points, to avoid mooncake/food wastage and to donate the unconsumed mooncakes to the charities and needy people,” a spokesperson from the department told HKFP.

Additionally, mooncake manufacturers, distributors and retailers were sent a letter by the EPD in May “to remind them to adopt simple packaging design and to recycle mooncake packaging materials,” the spokesperson said.

When it came to reducing the number of mookcakes left over this year, Winograd had one final suggestion: “Consider whether the people you are buying mooncakes for want or need them. Do they like mooncakes? Are they receiving too many already? Consider buying a smaller number of mooncakes to avoid food waste.”