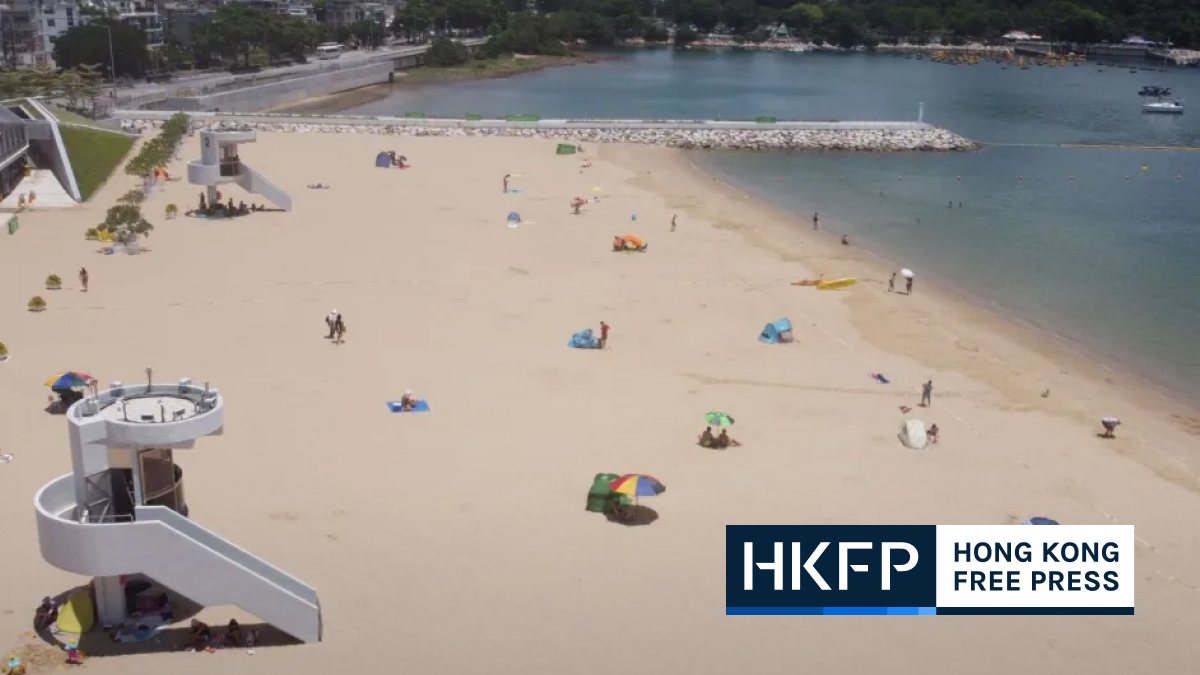 Hong Kong has a “serious lifeguard shortage” and visitors to beaches and pools should take extra care, a union spokesperson warned as government-managed beaches reopened under eased Covid-19 restrictions.

“I have to urge citizens to be careful when swimming in pools or beaches, because the LCSD has lowered the number of staff for rescue procedures due to the shortage of staff,” said Nick Wu, spokesperson for the Hong Kong and Kowloon Life Guards’ Union.

The lack of communication between the government and the Leisure and Cultural Services Department (LCSD) was the main reason why fewer than half the city’s gazetted beaches could provide lifeguard services, Wu told RTHK.

Fifteen out of the city’s 42 government-managed or “gazetted” beaches currently have lifeguards. The government has urged beachgoers not to swim at beaches without guards.

While Chief Executive Carrie Lam announced on Tuesday that public swimming pools would also reopen in two days’ time, the LCSD later announced that the pools would only be ready from May 12 following cleaning and other preparations.

Wu said staff had been preparing for a reopening of pools on May 21, and the LCSD did not inform them of the possibility of an earlier date.

The spokesperson said staff shortages had arisen because fewer people were training as lifeguards and some already qualified staff had found new jobs over the past two years of Covid restrictions.

“With pools, you can still put the blame on pool water not being ready yet, but it’s irrelevant for beaches,” said Wu, who added that preparations for reopening beaches could be completed within two or three days.

“However, they are only opening around half of the beaches, it’s the same situation as last year. We warned about the issue of lifeguard shortages around six years ago.”

A series of Covid-19 restrictions were eased from Thursday as the fifth wave of Covid-19 infections also eased. Other measures include allowing a maximum of eight people to sit at a table in restaurants.

Further rule adjustments will come into effect on May 19, with bars and clubs allowed to reopen. Restaurants will be allowed to provide dine-in services until midnight.

Hong Kong has recorded 1,205,396 Covid-19 infections and 9,328 deaths since the beginning of the pandemic over two years ago.